Hoooowwwdy! You must be late, cause I was suspecting you all an hour ago! Well, if you missed A Cowboy True, you really missed out! We had probably the best show ever done at San Jacinto Colleges Monument Theater, and Ive done two there before. That dont even count the other stuff that was done there before.
There were a number of my pards in attendance, includin: Dr. and Mrs. Cobb, Dr. and Mrs. Tasman, Joe Hausberger, Jr. and Sr., along with their lovely wives, Jim and Jeanine Hodges of the George Ranch, Dr. Bailey and his family, including his 91 years young dad, Dr. Peter Burland and Alice, Bobby, Bruce and their wives and friends, Johnny, Dr. Charles Grant and his better half, Dr. Pierce, Don Goldman and the Mrs., and my friend Debbie and her husband, Donna and Robert Orman with their two kiddos, Lindy and Amanda Murf (The Grass Man), and a whole lot of others too numerous to name. Great to see you all. Thanks to Mike for coming two nights and bringing his friend Bo the second time.
I want to thank my pards at Friendly Ford in Crosby for their sponsorship and support of the San Jacinto Colleges Scholarship fund. They are great folks. Im a hopin my TBird will be ready soon sos I can show you all my one-of-a-kind gooseneck equipped TBird.
Well, we will be in a war with So Dam Insane real soon. I hope its over quick. It could be a quick war if we simply built a big wall all the way around Iraq and filled it with water. We do that for rats sometimes and it seems to work. Good idea?
Everyones afraid of what will happen if we attack Iraq. Will they then come after us? Will they use Weapons of Mass Destruction (WMDS) on us here in the USA? Will all Muslims declare war on the allies?
The answers to the above questions are: Already are; probably will try to and fail; and, No. I like to keep it simple.
However, for those still faint of heart and wanting to wait and give peace a chance, I say, get the h— out of the way. We are facing a mad dog that has already bitten someone and he must be put down, like the dog he is.
Our position will be amply validated when the war starts and Iraq uses the WMD’s they claim they dont have. The u.n. (intentionally in small caps) will then put their own spin doctors to work to try and seem relevant, which we already know, they arent.
If we have learned anything in the last encounter with Iraq, it was that they are all talk. If they use WMDs anywhere, then a small number of tactical nuclear weapons should do the trick.
Come to think of it, if we use those things, then they would have no place to go and they would probably want to carve a country out of Israel. So, lets just go in and wipe the ground with em!
Im not a war mongerer, but I do believe enough is enough. Do it, and do it quick, and do it decisively.
Boss says I gotta go feed, so you all shut the gate and keep the peace! Howdy to Gene OQuinn. Hang in there, pard, and till we meet again, Happy Trails, Lloyd

END_OF_DOCUMENT_TOKEN_TO_BE_REPLACED 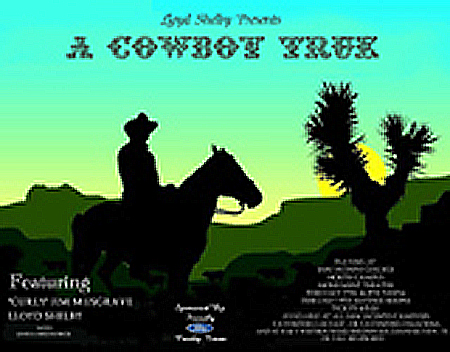