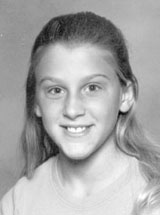 HIGHLANDS– A Highlands Junior School student was killed Sunday afternoon in what authorities say was a freak accident.

According to Deputy D.M. Wolfe, with the Harris County Sheriff’s Department, Jordan “Shorty” Culbreath, 13, was at the Five R Stables on John Martin Road when the incident occurred.

Two boys, ages 14 and 12, told investigators that Culbreath was jumping and playing in the horse stables near a four-wheeler and riding lawn mower when they saw her fall.

The boys said that it appeared as though Culbreath had either tripped over a cord on a battery charger or over the front wheel of the mower. They said that after falling, she hit the left side of her face and began shaking.

After te boys summoned help, an adult couple at the scene attempted CPR on Culbreath. Upon arrival by crews from the Highlands VFD, LifeFlight Air Ambulance was summoned.

Culbreath was pronounced dead on arrival at Memorial Hermann Hospital.

According to a Harris County Medical Examiner’s report, Jordan’s death was due to electrocution. While the case has been referred to Homicide Division for investigation, it is believed that when Jordan fell she landed on exposed wiring on the battery charger.

Services for Culbreath were held Thursday afternoon at Navarre Funeral Home in Baytown while burial following at White Cemetery.
Culbreath will be remembered for her love of animals. An active member of the Robert E. Lee FFA and Cedar Bayou 4-H club, she was also a member of the American Youth Quarter Horse Association, among other horse associations.