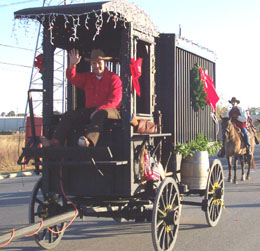 BAYTOWN  Precinct III Constable Ken Jones deputies now range North to the Montgomery County Line and include all of FM 2100.

According to Chief Deputy David Franklin, the new boundary goes to the middle of Lake Houston and forfeits the West of Lake Houston to Precinct 4 Constable Ron Hickman. The southernmost portion of Precinct III is still the Ship Channel. The new precinct goes up Greens Bayou to US 59 to Old Humble Rd. and to Beltway 8, North of Beltway 8 now belongs to Precinct 4.

In addition to increased territory to patrol Jones Law Enforcement responsibility has increased to a new school district, Dayton ISD has now contracted for a Sergeant and two deputies patrolled by Precinct III. That is in addition to Crosby ISD, Galena Park ISD and Sheldon ISD.

Among subdivisions that are now patrolled by Precinct III, Jones has increased his responsibility over Highpoint with a two deputy contract and Summerwood remains in his patrol. Other subdivisions under Jones protection include Indian Shores, Kings Lake Forest, Newport, Parkway Forest, Pine Trails, San Jacinto River Authority and Sterling Green.