HOUSTON Governor Rick Perry came to town, to announce a new tax initiative which he believes will end the increases in tax bills that property owners have received every year, and will change the way school districts are funded, so that property rich districts no longer have to share their wealth with poor districts.

These changes would be revolutionary, and according to Perry would provide Texans with real property tax relief, and protect them against skyrocketing property tax increases in the future.

Perry, in an animated presentation before a sympathetic tax reform crowd at the Bayland Community Center, said Texans were told a property tax cut was on the way in 1997, but when they opened their bill many found that their rate cuts were offset by appraisal hikes. I want a tax cut to be a tax cut, not a sleight of hand where the end result means Texans pay more.

Had we implemented a revenue cap in 1997, tied to inflation and population growth, Texans could be paying about 20 percent less in property taxes today, Perry said.

Perry said his plan also addresses local entities budget concerns by promising an end to unfunded mandates from the state.

In response to a question from the Northeast News, Perry said that he would call a special session in the next two months to formulate the details of the plan.

Perrys plan also included a 3% cap on homestead appraisal increases each year, an elected rather than an appointed appraisal board, and limits on increases in local government budgets, pegged to inflation and population growth, with the previous year as a base. Any additional increase would require a voter referendum.

EAST HARRIS COUNTYFlooding is a way of life in East Harris County. With a majority of residents living in close proximity to the Goose Creek, Jackson Bayou, Luces Bayou and San Jacinto River watersheds it is usually only a matter of time before residents see water come onto their property.

A recent study by the Federal Emergency Management Agency (FEMA) and Harris County Flood Control District will, for the first time, give property owners an advance look at how the new Digital Flood Insurance Rate Maps (DIRMS) will be drawn. These maps are used by insurance companies in calculating flood insurance rates based on flooding risks.

The study comes out of the Tropical Storm Allison Recovery Project, which began in 2001 following the storm which caused over $5 billion in damage and took 22 lives.

According to the Flood Control District the new data comes in the form of maps which show the 1% and .2% (100 and 500 year) flood plains and the flood ways for each watershed. A watershed is the land area that ultimately drains rainfall into a common outlet, such as a body of water. The 1% and .2% figures indicate the chances that a base flood would flood an area from an adjacent bayou or creek.

For the first time, the Flood Control District is releasing the data prior to the release of preliminary DFIRMS, which should be in late Spring or early Summer.

According to the maps released most of the watersheds have become larger, with more residences now included in their respective flood plains.

The new data can be found online at www.tsarp.org. At this site, residents can type in their address or zip code to find out if they are within the expected new flood plains.

School Elections see only one contest

EAST HARRIS CO.– Of the three school districts serving East Harris County: Goose Creek, Crosby and Huffman; only Huffman will have an election this yeaar for the Board of Trustees.

Under state law, if there are no contested races then the candidate who filed for the seat automatically is named for the term.

This was the case in Crosby and Goose Creek as a lack of candidates prevented contested races.

Each district had two seats up for election this year. In Huffman, positions 4 and 5 were on the ballot. Currently, these seats are being held by Pat Buzbee and Kent Hjerpe.

Mark Rudolph is the sole candidate for Position 5.

The election will be held May 15, with early voting beginning March 16 and lasting through May 11.

For full story, please see your local copy of the Star Courier.

Little League season about to start 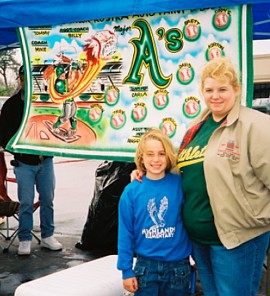 Karra Denison, a Little League Queen candidate, and her parents Angela and Tommy, were busy last Saturday raising money by selling food at a stand set up in the Gerlands parking lot. Karra represents the Major As. The team that raises the most money win the Little League Queen crown. 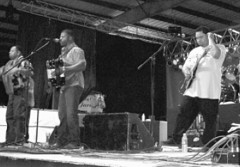 Step Rideau was the final act of the 6th Original Zydeco Jamm Festival last weekend. Rideau has risen from third best in the nation (and trying harder) to tied for best in Zydeco with Nooney and the Zydeco Floaters, now Step Rideau has asssembled an awesome manifest of traditional Zydeco with an ecclectic of a throaty, hoarse Southern language in a French accent. This was the first Jamm Fest to be held for two days. Throngs of parking filled the former H.E.B. Pantry lot, and surrounding neighborhood. Features this year included dance competitions, a bevy of venders.

Generally when day light is burning, I like to be out in it as I was yesterday. Got a lot of chores done like post hole digging, pouring concrete, planting onions and fence straightening. Sounds like work? You bet! I am glad the rain ran me in the house this morning.

Got up early this morning and cut a half dollar size hole in the base of that Goose Neck Gourd that has finally dried out. I took a few seeds to some sod busters I know to see if they can grow their own gourds. Like I told them, I am not certain the seeds will make, as they were dark grayish black in color. Almost an ash color and I aint sure if theyre suppose to be like that or not. Good luck anyhow.

One of the gents has 62 tomatoes in the ground already and onions coming up in between the tomatoes. Tomatoes love onions they say. Four gardening spots this man has and some are bordered with 2 by 12 inch boards and some long ones at that. That is what you call a raised garden, duh.

Interesting gardener this one gent is. He had ordered some guineas and was raising them and they are great guard dogs if you know anything about guineas (birds). I inquired this morning about the new Dominique Rooster in the guineas pen area and he said that he had to get rid of the guineas because they dug up his potatoes.

It is a pretty rooster and did not cock-a-doodledoo any while I was there. You know some people call a Dominique chicken a Plymouth Rock chicken.

Anyway, this new rooster owner says a hen has showed up since he got the rooster and he does not know where it comes from but hes gotten eggs.

Another of my gardening friends has 35 tomato plants set out in his garden and numerous ones in pots.

For them as well as myself, I sure hope we have had our last frost. Knock wood.

While shoring up a sagging fence yesterday, I came across an itty bitty brown snake. Dont know what kind it was, didnt want to stomp on it and fraid to touch it even though was sound asleep. I lifted the entire plank it was on and held it up over the fence. I thumped it over the fence close to where I let that little mouse go.

Check this out. Last week in the big city paper there was a piece about a 52 year old man that aint had a bath in 10 years. Villagers got a hold of him and proceeded to give him a washing.

I believe I passed that same man in the grocery aisle store once. It hit me like a fog. I dang near passed out.

The politician next door 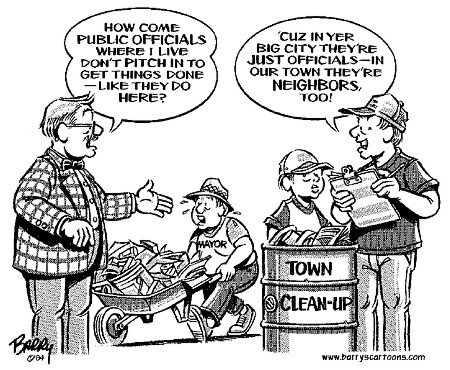