So much for what was…

The digital thermometer shows 32 degrees on the back porch this morning. Much different than the 70s we had yesterday; there will be no shorts and T-shirt worn today.

Growing up, the only heat in our house was a gas heater with grates that would glow red from the heat. It would get so cold in January that a sheet or bedspread was placed over the entrance going to the rest of the house to keep one room warm. The only insulation in the attic, floor and walls was spider webs if any. It was so cold it took five minutes for the old Dumont television to warm up… Actually they took that long anyway.

That was a time when war was a card game.

Spinning around, getting dizzy and falling was a time for laughter.

One placed baseball cards with clothes pins or tied a balloon on the fender supports to make your bike sound similar to glass packs.

Ladies hose had a seam going up the back and came in two.

A kid that failed at school was held back a year. Trust me on that from experience.

You got a wash rag or a towel in a box of washing powder.

Getting sent to the office at school didnt hold a candle to what would happen when you got home.

Cafes had a music selector at each table.

Area codes were unheard of much less a zip code.

A quarter would get you in the picture show, buy a bag of popcorn, drink and a candy bar.

Milk was delivered to houses with paper stoppers.

Grocery stores had home delivery and drink bottle pick up too.

Salt pork was considered a staple in the house.

Double Bubble or was it Double Up bottle drink? As well as Double Cola were on the grocery store shelves.

Canola oil was unheard of as lard was used to fry foods.

The main course at our house on the hill was cornbread, peas, corn, sliced tomatoes and onion with fried fat back.

Out in the country was 14 miles out and across the Chattahoochee River. They milked a cow, churned the milk and had real butter.

WCKY in Cincinnati as well as WLS in Chicago were picked up as radio stations.

Wearing white socks was cool and crew cuts were popular after duck tails.

Furniture companies had salesmen on a debt route to collect each week for furniture payments.

One could get their windshield washed, oil check and tires checked at a gas station for free.

Sweet gum tree branches made excellent tooth brushes for those that dipped snuff.

One could drink out of a stream without fear of polluted water.

Nobody locked their doors and the keys were left in the car.

So much for what was once was. Cherished memories are as much to me as heaven as anything this old boy can comprehend.

END_OF_DOCUMENT_TOKEN_TO_BE_REPLACED

JJ Worthen and Mom enthrall Chamber with song and testimonial

CROSBY  Talent and commitment both run deep in the Worthen family, it seemed to the large crowd gathered at last week’s Chamber luncheon to see and hear the winner of Channel 2’s an-air talent contest, “Gimme the Mike.”

The crowd listened intently, as mother and former CISD teacher Lisa Worthen described the years of growing up and developing that her son had experienced. He had his first concert at age 4, she explained, at the Crosby Baptist Church where they are still members. Since then he has had many musical performances with various groups, and has been touring with the Continentals around the U.S. He also is currently a third year music student at Houston Baptist University in Houston.

J. J. performed on the piano for the audience at the chamber luncheon, and sang a duet with his mother.

He also told of the last few weeks, when he competed for the top spot on the TV show, and finally won a car and a local recording contract for a CD.

END_OF_DOCUMENT_TOKEN_TO_BE_REPLACED

Critters of all shapes exist in Texas

Critters! Seems like all my life I have heard people say, “Everything that hisses, snaps, bites or stings, lives in Texas!” That probably originated with former GI’s stationed in the hinder lands of the Lone Star State.

A few days back three of the Sea Palms Drive neighbors had a discussion about “Texas critters.” From the bantering back and forth I learned there are a few “Texas critters” in local backyards. I experienced some of them after Dave moved to Crosby, while assisting in his cleaning the lot next to his house. I tangled with some (or maybe a lot of) fire ants. I lost!

During our discussion, armadillos were mentioned. I had only seen one of them since visiting here the past four winters. I was informed they are rather plentiful and sometimes a nuisance. Funny how things happened but the next morning what do Maggie (our family pet) and I find during our early morning walk? An armadillo! That is my second sighting of these animals that were not in captivity.

During our “neighbors” discussion the subject got around to snakes which are not on my list of “likes.” One of them had sighted, and killed, a coral snake in his garage recently. I felt shivers. Others have been sighted here over the years I was told. It seems that water-moccasins frequent the area as well. More shivers!

No rat’lers here I was told. Less shivers.

My first close encounter with a snake occurred on my grandparents farm when, at about age eight, I went blackberry pickin’ with grandma. I reached for a vine to pull it down and suddenly realized the vine moved and my hand held a black snake. I went in one direction and he (maybe a she, I didn’t ask) went in the other.

There are a lot of blacksnakes in West Virginia and I see them on occasion on our property overlooking Coal River. Some are five feet plus. They are no problem, but I still keep my distance. Others around our house include green, garter or water snakes. Rattlers are mostly in the higher hills.

Our greatest nemesis in the snake world is the copperhead (shivers) which is deadly to household animals and occasionally humans. They just lay and wait. I don’t worry about them around home since we have blacksnakes and they don’t usually live in the same neighborhoods. Apparently the blacksnakes will take them on and usually win!

The critters back home are different than those in Texas but I must say when it comes to those that hiss, snap, bite or sting you have us beaten.

Such are the people, places, and things that have touched my life from my West Virginia home!

END_OF_DOCUMENT_TOKEN_TO_BE_REPLACED 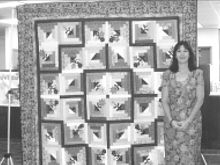 Alicia Barker won the Crosby Quilt Guild’s donation quilt at a recent meeting at Crosby Brethren Church. Barker’s name was chosen during an event that raised over $1,400 and was attended by nearly 50 people. The Guild’s next meeting will be Feb. 14 at 7 p.m. at the church.

END_OF_DOCUMENT_TOKEN_TO_BE_REPLACED 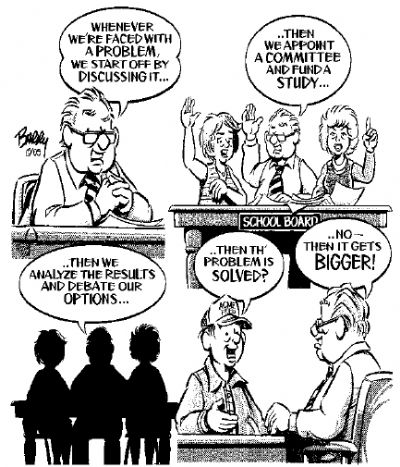 END_OF_DOCUMENT_TOKEN_TO_BE_REPLACED

CROSBY  The Board of the New Property Owners Association of Newport at their meeting Jan. 21 agreed to hear some protest from local residents about revisions made Dec. 20 to the Lake & River Rules Agreement.

Specifically, Larry Tobin (representing a group of residents that like to camp and ride four wheelers) objected to revisions #13 “Open fires are prohibited,” and #19 “No off road motorizedvehicles, including but not limited to off road motorcycles, three or four wheel ATV’s, go carts, or dune buggies are allowed on lake and river access roads and park areas, or to any other purpose, such as accessing other trails, roads, Right-of-ways, etc.”

It was a classic battle between individual freedom to pursue happiness against collective liability with protection of property. Tobin spoke against a total ban of campfires and off road vehicles. He made a motion to establish a new committee to review past and present decision and enlisted the assistance of 18 named volunteers to assist in being a part of the solution of past wrongs committed mostly by 4 Wheelers coming in from outside Newport Community.

“I want to make a motion for the board to establish a new River & Lake Committee with the addition of some new members that are not directors.” said Tobin. “This new committee will revisit past and present issues of concerns and propose alternatives for the board to consider.”

Tobin presented arguments that the ban was punishing everyone for the acts of a few individuals and pushing kids out of the community possibly to less wholesome activities. His wife, Beryl Tobin, pointed out that one of the attractive aspects of the community was its openness to outdoor activities and recreation.

END_OF_DOCUMENT_TOKEN_TO_BE_REPLACED

BAYTOWN  Voters will have an opportunity April 2 to make their feelings documented on a proposed $220.5-million bond after Goose Creek ISD trustees called for a vote during a regular Tuesday night meeting.

The proposal will be especially crucial for Highlands residents who will have a say on a new junior high in the area, as well as high-priced issues such as a third high school, synthetic turf at Stallworth Stadium, adding a new elementary and a vast number of improvements district-wide.