Shape of Restaurants to Come 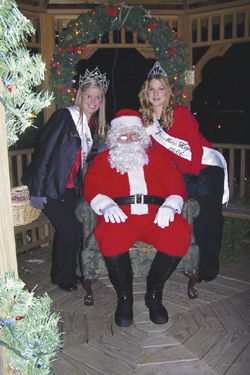 HIGHLANDS The Highlands Rotary Club and the Highlands Volunteer Fire Department have joined together to provide smoke alarms in homes that could otherwise not afford them.
These life-saving devices should be in every home, according to HVFD Fire Chief Harvey Little. He went on to say that his department has witnessed many fires where lives were saved because the family had installed smoke alarms.

The Rotary initiative is under the direction of Community Director Dr. Larry White. White said that the club will purchase the fire alarms in a large quantity, and the club and the fire department will install them without charge, for homes that request them and could otherwise not afford to purchase and install them on their own.
Residents who wish to participate in the program are asked to fill out an application form and submit it to the department at its headquarters at 123 San Jacinto Street, or mail it to P.O. Box 584, Highlands 77562.
These forms are available at all the local schools in Highlands, at the fire station, at Dr. Whites office on Main Street, and a copy of the form is being published in this issue of the Star-Courier. In addition to the application, homeowners will be asked to sign a Liability Release form when the smoke alarm is installed.
It is expected that the alarms will be installed on Saturdays, in January 2007. If the need exists, the program may be ongoing, according to Rotary president Johnny Gaeke.
See Application Form on Page 5 of this Star-Courier.