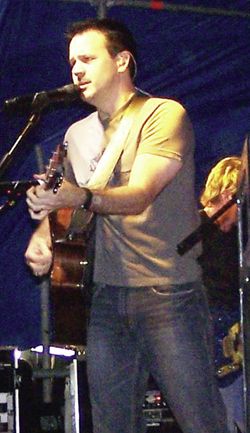 By LEWIS SPEARMAN
CROSBY  The Crosby Fair & Rodeo Cook-Off Committee announced that they continue last years winning combination for the Annual Cook-Off Party to be held June 6.
Roger Creager is this year, as last, to perform the night before the Crosby Rodeo Parade, the most fun party East of Bryan-College Station and West of Louisiana, the Rodeo Cook-Off Party. The party will kick-off at sundown. Cooking teams are advised to start securing their areas for entry to the Cook-Off as early as possible because space is limited and a record amount of interest has already been expressed. The Cook-Off is to be held June 6 through 7 concluding with trophy awards that Saturday night. Several Calcuttas will go to winning teams.
Historically, this party began with cook-off teams having a few friends over, vying for the showmanship trophy by sharing the best food, beverages and recorded music. The event expanded to a gate attraction while a carnival continues on the other side of the fairgrounds for the younger kids. Last year for the first time, the committee decided to have Creager come with Cody Kouba to put on a concert. According to Committee Chairman Ricky Larkin, over 6000 vehicles crowded the Fairgrounds to capacity with attendants from college age to senior citizens as the Crosby area residents and the surrounding communities put together a warm and entertaining fellowship.
While other details of attractions to the event are not totally arranged, but the committee is certain that attendants can look forward to food, fun and quality concert entertainment.