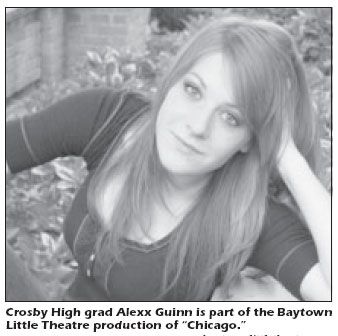 Guinn, who also sings and dances in the chorus, enjoys her role. The most challenging part of this role was learning and memorizing my speech in Hungarian, she said. Its a fun show!

Guinn has performed in community theater since she was in ten years old and was last seen in the CHS production of Beauty and the Beast.

Chicago will continue at BLT through Aug. 17.

Tickets for the show, which is almost sold out, can be bought online at www.baytown.littletheater.org.