Postage rates go up May 11 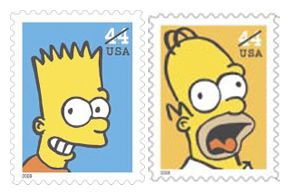 The cost to mail that letter or car payment is going to be a bit higher next week.

The U.S. Postal Service is raising the rates on some of its most popular services. The postal service says that the new rates are needed to compensate for higher fuel and supplies prices, effective May 11.

The new rate for the standard letter (first class and less than two ounces) is 44-cents. This is up from the 42-cent rate adopted last year. Anyone purchasing the Forever Liberty Bell before May 11 will be able to use them without an additional surcharge; other 42-cent stamps will require an additional two-cent added.

The postcard rate will also increase to 28 cents. Large envelope rate will start at 88 cents, while packages will begin at $1.22 for one ounce and smaller.

The postal service said that it routinely changes prices each May, rather than wait a couple of years and have a single larger price change.

The postal service says that there will be minimal increases for postal box rentals. This applies only to new rentals; current box renters will not have to pay the higher rate until their current rental period expires.

Special service mailings such as Express Mail and Priority Shipping were not included in the May 11 increases.

The postal service is planning a new series of stamps to go along with the new prices. On May 7 they will release a four stamp Simpsons series.