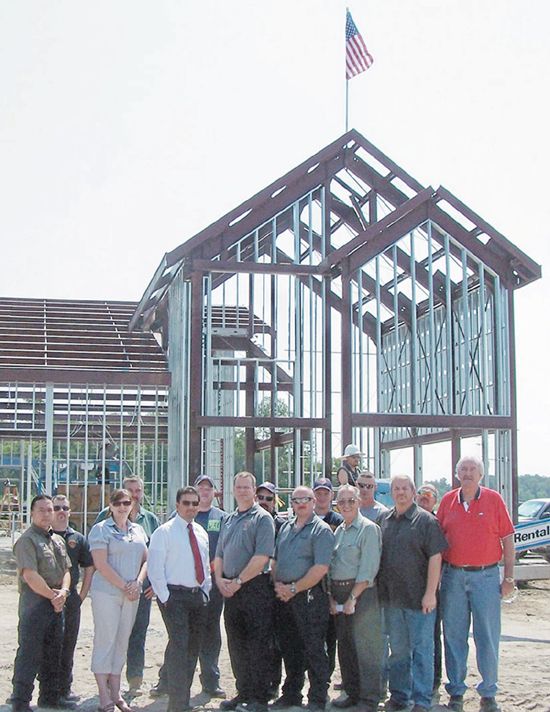 A Milestone in construction of Fire Station #1 for Crosby VFD by ESD#80 was reached as the steel framing is completed. A celebration was held on August 27 with representatives of ESD#5 (Crosbys ambulance service) and the Crosby/Huffman Chamber of Commerce joining. Also in attendance is Senior Project Manager Ricardo Martinez of Joiner Partnership, Inc. Randy Foster of ESD#80 says the building is in anticipation of the completion of Crosby Freeway (formerly called U.S. 90) in April of 2011 and the potential growth and challenges that may present to emergency services reaching problems throughout the district. Crosby Municipal Utility District will supply water to the building. There are two retention ponds for the building. Chief Alan Kulak states that access to the freeway in both directions and closeness to Barrett Station with quick access to FM 2100 near schools motivated the new location. Bob Boyles of ESD#80 (the tax regulating entity for the fire district) spoke of the lowering of the ISO rating and safety as being primary for the buildings location and lowering insurance premiums.

END_OF_DOCUMENT_TOKEN_TO_BE_REPLACED 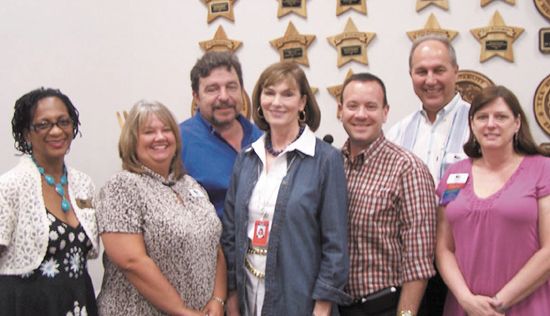 It is with deep regret that I tender my resignation as superintendent of schools of Huffman ISD. I want to thank the board, staff, students and community for the wonderful experience and opportunity to serve. Huffman ISD will be dearly missed by both me and my family. wrote Killian to say formal goodbye. At the August 27 reception to say farewell, the atmosphere was more jovial and about the accomplishments Killian brought to the district. Trustees and community leaders joined in well wishing Killian. Here, board members of Crosby/Huffman Chamber bid farewell to former board member Doug Killian and welcome to Jean Islay, Interim Superintendent on at the Huffman Admin.Bldg.