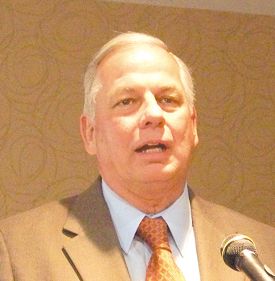 HIGHLANDS– In a letter to Environmental Protection Agency (EPA) Administrator Lisa Jackson sent Aug. 10, Rep. Gene Green (TX-29) requested the immediate attention of the EPA through the installation of additional fencing and warning signs around the San Jacinto Waste Pits Site. Several constituents expressed concerns with inadequate notice to local fisherman of the toxic water.
While fishing in local waters is widespread, people may not realize how toxic the San Jacinto Waste Pits Site is and the danger they are putting themselves in by eating what they catch from this water, said Green.
The 20-acre site is on the western bank of the San Jacinto River. Originally constructed as a disposal for pulp and paper mills, the water has high levels of dioxin concentrations. Because of tidal forces, the dioxin concentrations have moved beyond the current placement of security fences and signs. Green urged Administrator Jackson to mitigate a potential public health problem by additional protective measures to avoid fishing in this hazardous water.

Regional Administrator Al Armendariz of EPA Region 6 responded with preliminary approval to International Paper Company and McGinnes Industrial Maintenance Corporation for additional fencing and warning signs at the site. The Regional Administrator also gave a commitment to continue working with the community and responsible parties to address these concerns moving forward.
We will continue to work with the EPA to inform the public about the dangers of fishing in this water and prevent the consumption of contaminated fish, continued Green.

END_OF_DOCUMENT_TOKEN_TO_BE_REPLACED

By DR. Robert Tatman
CROSBY  The fall semester for Crosby ISD is bringing a variety of renovations to both facilities and district grounds.
Construction projects will impact all six campuses, the Instructional Annex, the Administration Building, as well as the Crosby High School baseball field and softball field. Thanks to tax payer support and the diligence of the Crosby ISD Board of Trustees, this extended improvement project is set to begin in the upcoming weeks.
One of the most significant upgrades to the district facilities is also one which is least visible. Electrical and technology infrastructure is being installed at all six campuses, the Annex and the Administration building. This infrastructure is the primary step necessary to integrate technology into classroom instruction.
Additional campus renovations for Barrett Primary include the replacement of fire alarm and PA systems, new parking lot lighting, reconfigured & expanded drive for cars, modified bus drive, additional sidewalks and canopy extension.

Improvements posted for Newport Elementary entail new fire alarm and PA systems, new lighting, parking upgrades, a modified drive for the Special Service bus and expanded faculty and staff parking.
Drew Intermediate renovations target fifth grade restrooms, replacement of exterior doors in the Fifth Grade wing, expanded parking, and new sidewalks around the PE and play areas.
Slated for renovation at Crosby Middle School are the PE and athletic restrooms and the replacement of roof systems and skylights. Crosby High School improvements include the conversion of two computer labs into two science labs and the renovation of restrooms.
Significant upgrades occur at both the girls softball and boys baseball fields. New construction will include handicap accessible parking and seating, sidewalks from the new parking area to the new seating areas and modified and relocated bleacher seating. Each field will also receive a new press box, new sound system and relocated scoreboard controls and a new pole and netting system. The chain link fencing at the 1st and 3rd baselines will be replaced with six foot fencing and fencing will be installed at the field side of the dugouts of the baseball field.
In order to relieve campuses that are approaching enrollment capacity, the Instructional Annex will be renovated to accommodate students as soon as the 2011  2012 school year. In addition to the new technology and electrical infrastructure, the Administration Building will receive a new roof, replacement HVAC units, new visitor and staff parking, new site lighting, accessible sidewalks and a new canopy.
Projects already completed or currently underway include at Crosby Middle School – the installation of a new gym floor and bleachers, drainage improvements at the drop-off location, and the installation of 2 portable classrooms. Also in process is the installation of modern security camera systems at all CISD campuses.
In consideration of all the improvements, upgrades and accessibility work, the district appreciates the work of all involved, and more importantly, is thankful to the Crosby community who made these efforts possible.