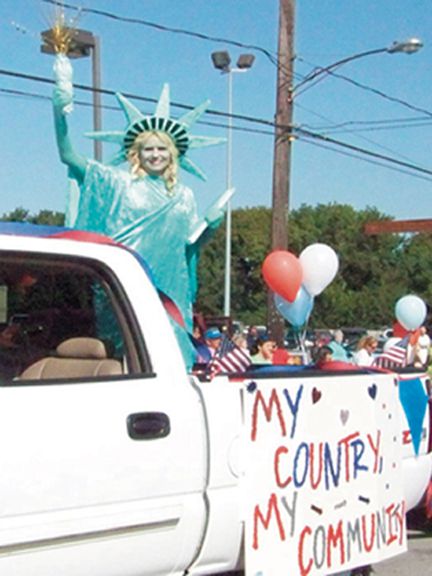 By GILBERT HOFFMAN
Highlands held its 54th Annual Jamboree last weekend, with a full agenda of events topped off with spectacular weather. One of the largest crowds seen at the festival in years, enjoyed both old events and new ones. The Jamboree is put on by the Chamber of Commerce, and was led this year by Jessica Woods, with the help of a full team of helpers.

It seems there were events for all ages and all types of participants. The day started with a Fun Run at 8 a.m., and a full parade down Main Street at 10 a.m. Then the action moved to the Highlands Elementary school grounds, where both inside and outside the community served food, played games, displayed crafts and community projects, and provided lots of fun. Many of the booths were money-makers for their individual organizations or businesses, but everyone seemed to enjoy participating.
The Jamboree also included a Little Miss and Mr. Childrens pageant, with lots of entries from babies to fifth graders. Also included were door prizes and a raffle. Prizes in the raffle included gift cards, and a fancy gas grill.
A silent auction was well attended, and helped raise money for the Chamber. A major event this year was the car show, with about 30 entries of beautifully restored older cars. Carl Green won this with a 1956 purple Chevy, and James Hughes 1958 Ford with a retractable top was the Chambers Choice.
Winner of the raffle was Tom Hill, who got a Stainless Steel BBQ Pit Gas Grill. The Gift Cards were won by Mike Wood $1000, Amy Carsner $500, S. Adams $250, and Steven Romero $75.
Other award winners in next weeks issue.

END_OF_DOCUMENT_TOKEN_TO_BE_REPLACED 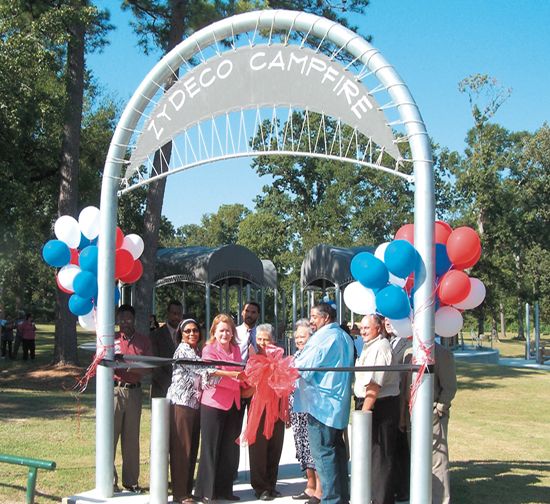 Eric Ross, Chairman of the Riley Chambers Barrett Station Community Centers spoke the welcome to a gala grand opening of an ampitheater in Barrett Station last Thursday. Garcia recalled seven years ago opening the new Barrett Station Community Center facility and related to opening the new facility for the area. Quite frankly right now the County budget is hurting just like you budget back home and today I would not be able to plan to do one like this today. Right now you are the only ones to have a facility like this and it is going to be that way for a while.