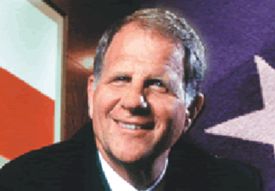 CROSBY  Ted Poe opened his address to this community with a joke about how he distinguishes the 2nd Congressional District to Washington D.C. insiders in favor of gun control, I tell them of the bumper sticker I saw that read, Is there life after death? Touch this truck and find out. 
U.S. Congressman Poe, R., addressed the Crosby/Huffman Chamber of Commerce on Oct. 25 at Crosby Church on U.S. 90 prior to his steamroller victory on Tuesday.
Along with hearing about spending and border security again, Poe surprised many listeners by informing them that it is best not to e-mail or send letters to his office in Washington D.C. He explained how many Internet savvy politicos barrage congressmen with e-mails as if they were multitudes of citizens instead of just one. Letters have to go through screening for chemical and germ attacks and can take up to a month to process.


So, the business of constituents must be handled on a more local level.
If you need to get in touch with me or tell me about an issue or matter you are concerned about get in touch with my Western District Office.
The Western office is located at 1801 Kingwood Dr., Suite 240, in Kingwood, Texas 77339. The telephone number to that office, toll free is 1-866-447-0242. The fax number is (281) 446-0252.
Calling Washington D.C. can be accomplished toll free at 1-866-425-6565.
Constituents can also visit the Congressman on-line to learn more about him, 2nd Congressional District and governmental services by logging on to the website:
http://poe.house.gov
One can follow the congressman on Facebook and Twitter.
Poe also suggested that those interested in issues write letters to the editor at their local paper. Congressman Poe is a mail subscriber to the Star-Courier Newspaper.