Hospital employees provide Thanksgiving meals to those in need 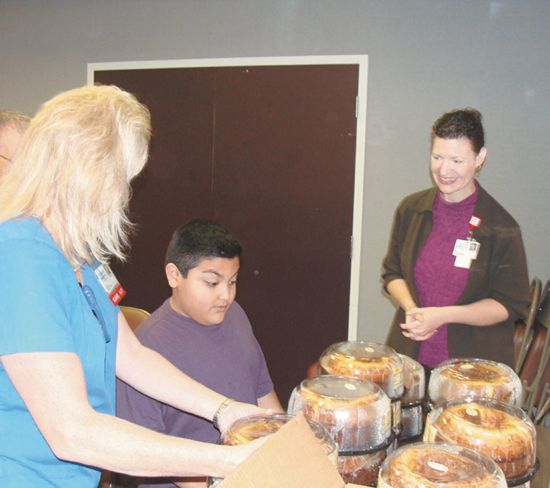 To purchase the meals, hospital employees collected money amongst their departments. The meals were distributed via an assembly line where families could pick out the sides, pies, cake and soft drinks that they preferred.
The meals were then hand delivered by San Jacinto Methodist Hospital Employees to the families vehicles, where there were many well wishers to send them off.
For those families unable to pick up their food, San Jacinto Methodist Hospital Employees delivered the meals to their homes.

END_OF_DOCUMENT_TOKEN_TO_BE_REPLACED 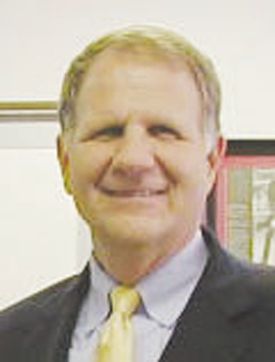 HIGHLANDS As part of his annual Holiday observation, Congressman Ted Poe collects cards for the troops for the Red Cross Holiday Mail for Heroes Campaign. Congressman Poe has been able to personally deliver many of these cards to our troops stationed overseas.
The students of Goose Creek CISD and the Baytown Chamber of Commerce have done an outstanding job this year collecting cards for this campaign. Over 10,000 cards were collected for our troops!

On Monday morning, Nov. 29 a delegation that included Poe, Rikki Wheeler of the Baytown Chamber, Bob Hoskins, chairman of Partners in Education and a member of the Goose Creek Board of Trustees, were present on the Highlands Elementary campus to personally thank all the students at this school and the other GCCISD schools that worked so hard to make this a success.
Highlands Elementary won most creative (second year in a row), Sterling High School collected the most cards (3809), with help from their Partner in Education, San Jacinto Hospital.

END_OF_DOCUMENT_TOKEN_TO_BE_REPLACED

By LEWIS SPEARMAN
CROSBYOn November 29, Crosby Municipal Utility District (CMUD) shared some of their plans concerning handling future growth, and helping small communities keep pace, meanwhile the delay of the overpass of railroad tracks on FM 2100 is holding up laying a 12 inch water and sewer line to the north.
CMUD recently completed construction of the Phase 1 (the first of four years) sanitary sewer repair project. Engineering design of Phase 2 project has been completed, the construction of Phase 2 construction is now out for public bids.

Crosby MUD vies to bring Jackson Bayou into grant
The Harris County grant funds can only be spent in low to moderate household income areas as defined by Federal rules. Approximately one half of the developed area of Crosby MUD qualifies for the grant money.
The Jackson Bayou community is not included in Harris Countys mapping of the grant eligible areas because it is included in a census tract covering a portion of Newport Subdivision (census tract boundaries do not correspond to MUD boundaries).
Crosby MUD is pursuing inclusion of the Jackson Bayou Community within the grant eligible area by performing an income survey of this neighborhood and submitting the results to Harris County. Residents in the Jackson Bayou Community have been very helpful in this process.
Replacing Krenek Road lift station
Its been hard to miss the ongoing construction of new Krenek Wastewater Lift Station located at the northeast corner of FM 2100 and Krenek Road. The old Krenek Lift Station, located at the same corner under a dark green fiberglass housing, is overloaded and restricting the continued commercial development in its service area.
Crosby MUD is using bond funds to replace the old lift station with a much larger new one.
In a separate project, Crosby MUD is using bond funds to construct a new 12-inch force main from the Krenek Lift Station site all the way to its Wastewater Treatment Plant located on the southwest of the Jackson Bayou Community. This will reduce the loading on existing sanitary sewers since all of the Krenek LS flow will soon bypass them. In this same construction contract, existing gravity trunk lines will be replaced in the area north of the railroad.
The new Krenek Lift Station and Force Main are scheduled to be complete by the end of February, 2011. Once complete, a number of commercial developments which are ready to proceed will be authorized to start construction by CMUD.
Lines awaiting the Overpass
Reporting on the Overpass of FM 2100 at the Union Pacific Railroad between Kernohan and Jackson Bayou is difficult whenever statements from inside Texas Dept. of Transportation (TXDoT) conflict on a given topics but one thing is established: CMUD water and sewer lines are to be installed by TXDoT.
According to Henry Quiroga of TXDoT the representative of South Coast Construction, Inc. visited the site on Oct.18, saw that three utilities, gas, electric and telephone were not ready to proceed and decided to wait until Feb. 2011 to begin building.
Quiroga indicated that he had informed entities like the board of the Crosby/Huffman Chamber of Commerce and representatives of HCESD#5 of this change in schedule but each entity denies being so informed.