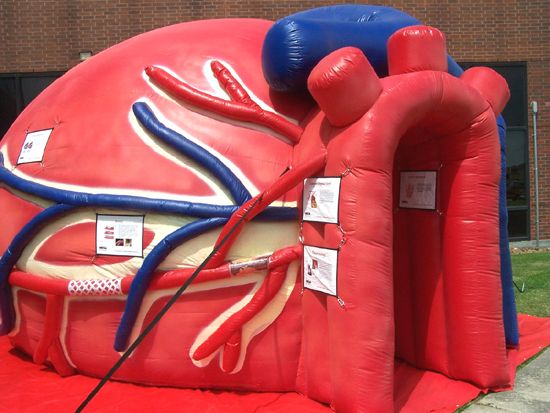 Chair Guy Robert Jackson noted that, The board members also represent a diversity of interests and expertise in the county  local government, health services, small business, industry, navigation, tourism, and community involvement.
Implementing the Long Term Community Recovery Plan will need and draw from all of these sectors to be successful.
The Long Term Community Recovery Plan was created in 2009 during the post-Ike FEMA ESF-14 initiative. The initiative was a community-based process involving hundreds of citizens at workshops and planning meetings. The resulting plan included the identification of more than 100 specific projects to help make the county stronger and more resilient. The original steering committee from that initiative was appointed by Chambers County commissioners and formed the original core of the nonprofit Chambers Recovery Team (or ChaRT for short).

END_OF_DOCUMENT_TOKEN_TO_BE_REPLACED 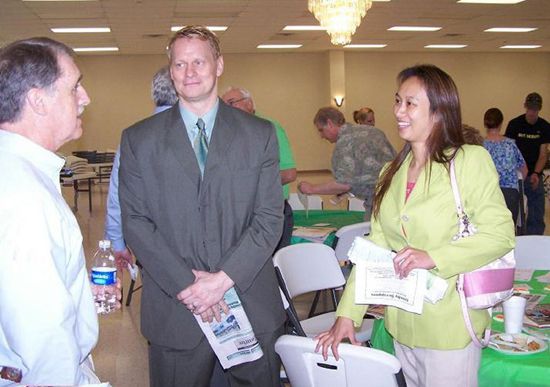 By LEWIS SPEARMAN
CROSBY  The local Chamber of Commerce held a festive, although lightly attended, meeting on St. Patricks Day in the middle of Spring Break before their no fooling April 1 Tee & Tails Golf Tournament and Community Dinner.
The tournament is still forming and there are Sponsorships still available. The Community Dinner will feature a Crawfish and Shrimp Dinner prepared by Dan Meaux of the Crawfish Shak for only $15.00 also a silent auction will be held. Call 281-328-6984 for details.
Ronnie Anderson informs us that Community Resource Credit Union is celebrating its 75th anniversary this year with some 30,000 members. Mostly they reside in the Crosby, Baytown area but they have members throughout the world through their Exxon Association.
He informed attendees that identity theft can be perpetrated on all walks of life, it is when an entity or persons information is wrongfully used in a crime, usually for monetary gain.

Over the last 5 years, 27.3 million Americans have become victims of identity theft with over 10 million in the last year alone. The Federal Trade Commission estimates that 38% of the victims do not report the crime. Mostly because the victims do not know they are being victimized but many times their are family issues involved.
The home is one of the most ripe areas from which to have information stolen. But to institute protections the victim must be willing to file charges.
It is recommended that each of us know when their bills arrive in the mail. We are told never give out information to people you do not know over the telephone.
The effects of the crime goes all the way to the amount of credit one is given when depositing checks into the bank.
One of the most famous perpetrators of identity theft is a school in Nigeria that trains individuals for various identity theft scams.
Anderson passed out a bundle of scam letters sent to a single elderly person. This person had called a psychic hot-line and was told he was going to get a check in the mail the alleged psychic then sold that persons name to potential scammers to send checks in the mail that require only a small payment to activate. The small payment being the only true money to change hands.
Some tax fraud schemes and financial instrument frauds can cost the victims up to 500 hours to get cleared up.
Recommendations include never carrying ones social security card unless it is to be specifically used for an occasion that requires it such as security exchanges and property closings. Each card one carries should be copied and the copy kept in a safe place within the home such as a safe or locked file. The numbers to contact for notifying the business they are associated with is critical to stopping there use by criminals. Secure trash by using a personal shredder (best is a cross cut shredder) for mail that comes in with personal information on it (including junk mail.)
Pickup new check orders at your financial institutions rather than have them mailed.
Individuals can now get their credit report free of charge at least once a year from Equifax, Experian, and Trans-Union. It is recommended that individuals obtain their reports from one of these every four months.
Speed is the most important element in responding to identity theft. Contacting the companies, contacting law enforcement to prosecute and getting credit reports corrected need be done as quickly done as possible.
For debit and credit card fraud law enforcement reports must be filed in order to get your credit corrected, they will then help you file and complete an identity theft affidavit and file with the Federal Trade Commission. It is recommended that one keep accurate and up to date records of transactions.

END_OF_DOCUMENT_TOKEN_TO_BE_REPLACED

By LEWIS SPEARMAN
CROSBY  A bizarre Sunday night stabbing death of a well-liked employee at Frenz Sports Bar on Nov. 22, 2009 has led to the conviction of Daniel Ray Kendall for murder in 208 District Court on March 15.
Two women await trial on charges stemming from that night when Daniel Kendall, 53, fatally stabbed Jerry Lee Smith, then 36, father of a young girl. Smith was said to be performing his job, trying to stop a confrontation between a group of women at 11:45 p.m. that night when he was stabbed by Kendall. Kendall was said to be walking about with the knife making menacing gestures at other patrons when he had the knife knocked from his hand by a patron with a pool cue and patrons held him until Harris County Sheriffs Deputies arrived to make an arrest.

According to Smiths mother, Sandra Gothard, I would like to thank A.D.A. Haywood Carter for presenting this case to the jury exactly as it should have been. His closing arguments and his arguments for sentencing were wonderful. It was possible for the jury to give Daniel 5 years to life but they gave him 20 years although the District Attorney asked for 42 years, the estimated life span of my son. At first it seemed the jury felt sorry for him because he looks old and frail but even when Kendall was on the stand as the court rolled the video tape he lied about what we were all seeing. His conviction means I have closure now, I can go back to my cabin in New Mexico knowing that justice has been served, although I have no children left having lost one son in a chemical plant accident and my son Jerry to this crime. Jerrys father, Jack Smith, went with my now husband and I to court all through this. It has been difficult for him also. He was devastated to lose his only other living child. I dont want any more reprocussions from this, it is closure on a painful time.
Judge Sandra Gothard recommended that Kendall serve half of the 20 years sentence before becoming eligible for parole. Kendall has been in jail for one year already.
Kendall told the jury during the sentencing phase, I deeply regret what happened. If I could change it I would. But, I cant change it and I am willing to take the punishment that the jury is willing to give me.
Charges are pending later court dates related to the incident.