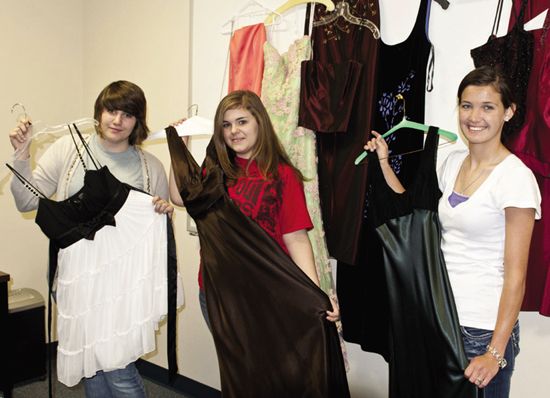 END_OF_DOCUMENT_TOKEN_TO_BE_REPLACED

By BOBBY HORN JR.
DAYTONAuthorities are searching for a man who made an illegal withdraw from a Dayton bank on April 5.
Police say that around 12:30 p.m. a man entered the Security State Bank, at the corner of FM 1960 and FM 321. The man passed a note to a cashier indicating that he had a firearm and was demanding cash.
The man fled with an undisclosed amount of money.
There were no reported injuries.
The man is described as a white male, clean-cut, between mid 30s to early 40, about 59. At the time of the robbery, he was wearing blue jeans, a dark-colored shirt and white ball cap.
He fled the scene in a silver four-door sedan, presumably a Chevy Monte Carlo.
Shortly before the robbery a bomb threat was called in to Dayton High School. No device was found and police say that it is presumed that the call was made to divert attention away from the bank.
Anyone with information related to the case is asked to call the Dayton Police Department at 936-258-7621.

END_OF_DOCUMENT_TOKEN_TO_BE_REPLACED 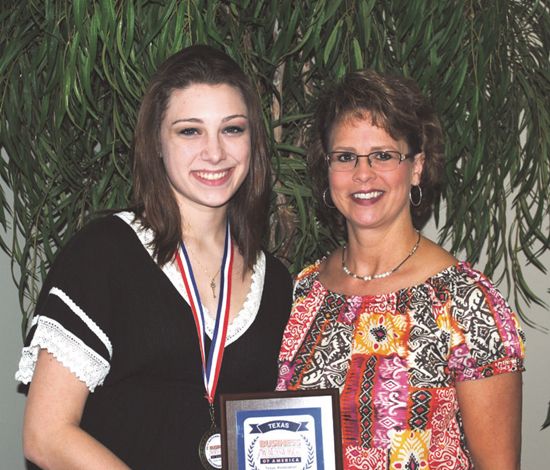 END_OF_DOCUMENT_TOKEN_TO_BE_REPLACED

A New Path: Lee College alum found his start in an unusual place

DAYTON  Growing up, James Adams* never placed much emphasis on his education. A self-proclaimed crazy kid, he dropped out of high school at 16 and set out on his own.
I was smart, but I never thought much of school, he mused. I wanted to get out there and make money, so I began working in construction. But the money didnt come fast enough.
Faced with few prospects, James (not his real name) turned to a life of crime. By 19 he had been convicted of 38 felony counts and was serving time at the LV Hightower Unit in Dayton.
It was in prison that he finally found his path.
I was serving time with several inmates who were participating in Lee Colleges Inmate Education Program, he said. Everyone I spoke to had very positive things to say about it, so I applied, thinking that going to school would help me pass the time and get a job when I got out of prison. In the end, it changed my life.

Established through a partnership with the Texas Department of Criminal Justice (TDCJ) in 1966, the program offers student offenders course work leading to three associate degrees and 11 certificate programs.
In order to participate in the program, inmates must meet certain criteria established by TDCJ, including education and behavioral requirements. Classes are held at seven TDCJ units in Huntsville. On average, vocational certificate programs are completed within six months, and associate degree programs are completed within four years.
Lee College was the second educational institution to offer college credit classes to TDCJ offenders, said Donna Zuniga, dean of the Lee College Huntsville Center. The academic program began in the fall of 1966; at that time we offered 5 classes and served 176 students. Vocational classes were offered in the spring 1967. By 1968, 688 students were enrolled in 25 academic and vocational classes. Today, approximately 37 percent of associate degrees and 25 percent of certificates awarded in the TDCJ system are through Lee College.
Although the program is state funded, student offenders are required to repay all incurred expenses.
Student offenders are required to pay for tuition and fees for college credit and non-credit courses, as well as any fees associated with testing requirements, Zuniga continued. These fees can be paid at registration or re-paid upon release.
Upon successfully completing a vocational program, students are awarded certificates suitable for presentation to prospective employers. Graduates of associates degree programs are able to participate in commencement exercises held within the unit.
Awarding a student offender a degree or certificate is always a very moving experience, Zuniga added. Students hold their heads up higher, knowing they have made an investment in their future.
Its an investment that pays dividends to the community as well. According to recent research, offenders completing two years of college reflect a 10-percent recidivism rate. In comparison, those who do not receive an education reflect a 60-percent recidivism rate.
Using average TDCJ housing costs, this reduction in re-incarceration results in a savings of $2.1 million per year, Zuniga said. And thats just the measurable financial savings; you cannot measure the impact on students lives, but you can see it.
James is a living testimony to her statement.
In 1998, he graduated from the program with a 4.0 grade point average, an associate of applied sciences degree in Air Conditioning, Heating and Refrigeration and an associates degree in Business Administration.
After working in the industry for eight years, he established his own air conditioning, heating and plumbing services company. Today, he averages $1.7 million in sales, employs over a dozen staff members and is expanding his services throughout the greater Houston area. He has also taught classes in the Theory of Air Conditioning, and instructed students on properly diagnosing HVAC equipment.
While he credits his professional success to the skills he learned in the vocational program, he believes his personal success is due largely to academics.
I feel as though I am a poster child for this program, he stated. As I have always said, I was a crazy kid; I was selfish, I didnt care about anything. Academics exposed me to a world I would have never known otherwise. It showed me that there was more to life than drugs and alcohol. I learned to be more considerate. I learned to appreciate other people and their perspectives. And that has helped me in business and in life.
I dont want to think negatively, but I do wonder about what could have happened to me had I not been in the program, James continued. If it werent for Lee College, I dont know where I would be today.

END_OF_DOCUMENT_TOKEN_TO_BE_REPLACED

MCNAIROne man is dead and other is injured following a shooting at a McNair residence Saturday.
According to the Harris County Sheriff Office around 6:45 p.m. on April 3 a 1993 Ford Mustang pulled into a driveway in the 2300 block of Hodges.
The men exited the vehicle and confronted the homeowner. The confrontation escalated to violence when the men began to fire at the homeowner.
Investigators say the intended victim, who was shot, returned fire killing one of the assailants. The man killed was Jeremy Pace, 21.
The other two fled in the Mustang.
The homeowner, whose name was not released, was transported to San Jacinto Medical Condition, where he is reportedly in stale condition.
While searching for the two the suspects, the Sheriffs Office has not released a description of the pair as of press time.

END_OF_DOCUMENT_TOKEN_TO_BE_REPLACED

By LEWIS SPEARMAN
SHELDON  The largest tire recyclers in the world are going to build a multimillion dollar tire recycling facility just on the other side of the San Jacinto River from Crosby on the Beaumont Highway, almost across the street from the old Champion/Abitibi paper mill.
A scramble for the legal rights has been hurtled with the Texas Commission on Environmental Quality (TCEQ) in spite of apparently groundless claims against one of Viborg, Denmarks most green companies, according to Butch Battreall in an interview at Crosbys Starbucks on March 30.
The final evaluation of the TCEQ was the Genan had to complete the application process by placing announcements. Battreall concluded those processes for the company.

Now it will take until September until the facility can be looked for but associated companies are purchasing land to begin working ancillary Genan, Knowledge-based Recycling Concepts.
Thomas Becker, C.E.O. of Genan, indicates that while 34 to 36 technically trained people may be hired to operate the fully mechanized facility some 60 more may be hired by the transporting company that haul the tires.
Harris County has a crisis in tire recycling and anyone that has paid a tire recycling fee of late has become aware of it. The old school method of recycling, co-incinerating in kilns to recapture energy is now seen as a waste of high quality raw materials. Recycling would be the best solution from an environmental point of view and economically provided the recycled product is uniform and clean enough for the recycled rubber and steel to replace virgin materials. The Genan Company has started a worldwide initiative to recycle 10% of all scrap tires. The process sorts 67% of the tire into rubber powder and granulate, 18% into high quality steel and 14% into textile and a maximum of 1% waste, which primarily stems from road debris.
Essentially, the Genan process brings in the tires completely wrapped into a facility that houses a floor that shreds the tires into basic ingredients to be made into 25% infill for artificial turf and 75% production of rubber modified bitumen for asphalt. The processes that the raw tires go through are shredding, cleaning and separation. This is done as a human monitor sits outside a production floor that is capable of dumping all the materials into a vast water reserve if anything catches fire, such that the fire would be instantly smothered under the water.
New developments are constantly being invented for the rubber granulate that is produced from this shredding process. Some of the materials are being used as noise and heat insulation in building materials, technical rubber compounds are being produced for the new wave of computers and other highly technical products. Highway uses include rubber mats and traffic cones. Plans are underway to produce a new paint that will be useful on exteriors and interior surfaces. Products for flooring are now being designed from rubber granulate.
The latest development in the world of tire recycling is that Genan is rumored to be working with the Pirelli Tyre S.p.A. on a venture to refine the recycled rubber powder so fine as to make new and improved tires. The giant aside benefit is that this production would substantially reduce production of carbon dioxide emissions in the production of the new tires.
Genan operates three tire recycling plants in Germany, one in Denmark. Combined the company has an annual processng capacity of 275,000 metric tons and is currently doing 70,000 tones per year.
Their stated mission is,True recycling requires processing at a level where the output substitures for virgin materials. This leads to avoided production and profound saving of resources.
The company aspires to recycling 10% of all tires by the year 2018.
Their stated vision is to recycle in the most environmentally friendly and economic way.