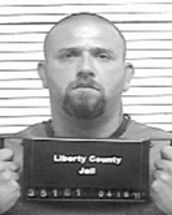 DAYTONA party designed to celebrate the conviction and sentencing of Sheila Muhs for murder turned tragic when a 15-year old Dayton High student was killed.
According to the Liberty County Sheriffs Office on April 16, at around 8 a.m. they received a call of a deceased person call in a ditch on C.R. 443 near F.M. 1409.
The deceased was identified as Charli Gore, a 15- ear old teenager who lived in the Dayton/Indian Ridge area of Liberty County.
Within hours of the initial call, the department received anonymous tips which led to the eventual arrest of two suspects Michael Shane Linkinhoker and girlfriend Cindy Nelton, who have been charged in her death.

Linkinhoker is charged with Criminally Negligent Homicide and Nelton is charged with Making a False Report and interfering with a police investigation.
The department said that previous night a  conviction party was being held off of CR 443, near the site of where Donald Coffey IV was murdered by Muhs.
Earlier in the day Muhs had been sentenced to life in prison for the murder.
Witnesses placed both Likinhoker and Gore at the party.
It is believed that during the party and altercation occurred. Evidence also showed that at some point Gore left the party and began walking back toward FM 1409 when a vehicle intentionally ran into the ditch and struck her resulting in her death.
When Linkinhoker was apprehended he was attempting to stash his vehicle on CR 4267 and was in the process of removing the license plates from the vehicle.