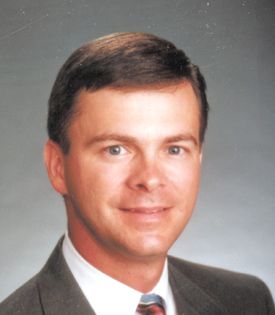 The West Chambers County Chamber of Commerce heard from David Gornet, Executive Director of the Grand Parkway association, Tuesday afternoon at Eagle Pointe during their monthly meeting. And, according to his report, things are moving at a steady clip.
Gornet is responsible for promoting the benefit of the highway to area citizens, and working with local governments to secure right of way and funding for the project. He also makes regular stops at civic functions to inform local residents about the progress on the 184-mile roadway, which will encircle the entire Houston area at completion.
Gornet said that studies are complete on 85 miles of the project, specifically sections D, E, F-1, F-2, and G, which pass through the Katy, Fairfield, Cypress and Spring areas, as well as I-2, which travels through the east side of the Beach City area. 28 miles of the project are open currently, and Harris, Montgomery, and Chambers Counties have given the project over to the Texas Department of Transportation (TxDOT), Gornet said.
92 miles of the project, including segments B and C, which traverse the southern portion of the Missouri City and Sugarland areas, and segments H and I-1, which will pass through the Dayton and Mont Belvieu areas.
Gornet said that in addition to bond hearings, there are numerous ways of paying for the toll road, but none come without risk.
If we bring a private partner into an agreement, they bring money to the table to help build the roadway, and we would pay them the tolls for a set number of years, Gornet said. In that situation, if tolls are low, then tax money makes up the difference.
And in the case of a concession agreement, a company could pay for the entirety of the toll road and keep all the tolls generated, Gornet added, and if the roadway sees a lot of traffic, then the county loses out on money. But if traffic is low and tolls dont continuously come in, then the county makes out well and the company loses money.
Gornt pointed to the Hardy Toll Road and Beltway 8 as an example of what can happen in these circumstances. When those projects started, the consensus was that the Hardy Toll Road would generate a significant amount of revenue, and that much less traffic would frequent the Beltway, Gornet said. Now we know its a different situation on those roads, and that the Beltway has become a very popular way of travel.
A public meeting was held Tuesday night at the Barbers HIll High School, with another scheduled for 7 p.m. tonight at the New Caney Sixth Grade Campus to discuss the environmental impact of segments H and I-1, as well as potential alternate routes. For more information, see www.grandpky.com.

END_OF_DOCUMENT_TOKEN_TO_BE_REPLACED 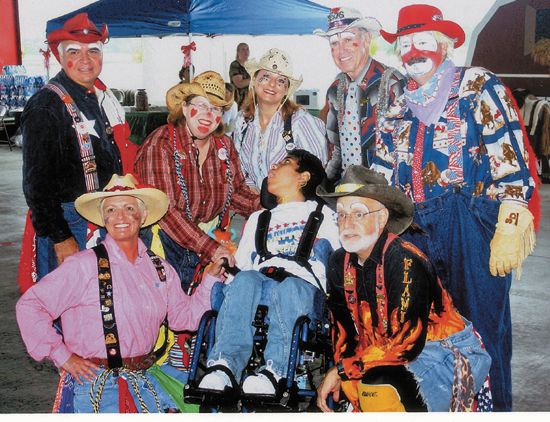 The horses are being rounded up, Elvis is ready to dance, the Houston Livestock Show and Rodeo clowns are puling out the greasepaint and the Goose Creek Cookers will be firing up the grill for the tenth anniversary celebration of the Baytown Special Rodeo.
Saturday, Sept. 10 from 10 a.m.-2 p.m., this event for special needs youngsters will be kicking up the dust at Eastside Honda, located at 12527 IH-10 East in Mont Belvieu. This day of horseback riding courtesy of the Rocking Horse Riders riding club, games, barrel train rides, chocolate fountains, snow cones, a petting zoo of fuzzy farm animals and a chance to groove with Elvis himself, is ready to rock and roll. A chuck wagon lunch will be served midday.

Each year we spread the word of this event through the Special Education Departments of all the area school districts  Goose Creek, Crosby, Highlands, Barbers HIll, Dayton, Liberty, Anahuac, Huffman, Hull-Daisetta and La Porte  and the response is incredible, said J.R. Miller, president of the event sponsor, the Baytown Special Rodeo Association (BSRA). And each year we see almost 200 youngsters, their siblings and their parents who are excited to have a Western day of fun designed to meet their needs and limitations. We often see children from as far away as Katy and The Woodlands, and all are welcome.
Pat Robberson, who chairs Special Rodeo registrations, reports that more than 100 special needs children have already signed up. This event is free, and Roberson is urging participants to register by Sept. 1 in order to guarantee they will receive a Special Rodeo T-shirt. Each special needs youngster will also be given a cowboy hat, a badge and a handmade stick horse being produced for the event by members of BSRA.
Registration can be found on the organizations Web site, www.specialrodeo.com. Volunteers can also register at this Web site.
On Rodeo Day, each special needs child will be assigned a volunteer Rodeo Buddy, who will ensure the participant gets to take part in all the activities. Parents will be given the opportunity to share a day of fun with their other children.
Throughout this decade Special Rodeo has drawn support for all areas of the community, and this year will be no exception, Miller said. Each year, individuals and organizations, sponsor games, face-painting, photo booths, even clean-up crews and other helpers donate their time and money to make the event a success, and that effort is greatly appreciated.
We are always amazed at the support from the Baytown area and we hope it will continue for decades to come.

END_OF_DOCUMENT_TOKEN_TO_BE_REPLACED 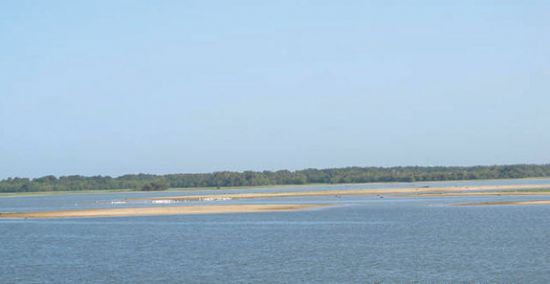 By LEWIS SPEARMAN
NORTHEAST HARRIS COUNTY The worst drought in Texas history calls with it some implications for good citizens to cooperate with local water districts asking not to water lawns and use as little water as needed for now. The impact on Lake Houston is evident to anyone crossing the lake on FM 1960.
Texas is now in the midst of its most severe one-year drought on record, according to John Nielsen-Gammon, the Texas State Climatologist and professor of atmospheric sciences at Texas A&M University.
Sgt. Tolan Harding of the Lake Houston Marine Unit stated Ive been out here for 6 years, this is the lowest I have seen Lake Houston. Every day is a new low for me.
The lake measured down 7 feet that day.

There is not enough water to recreate in anymore. Its getting more and more dangerous and if you dont hurt yourself, youre going to do some damage to your boat. stated Harding, looking at old railroad pilings emerging from the middle of the lake.
Robert Fidecoat for Crosby Municipal Utility District said in response to the question of whether or not warnings were going to be hung on the doors of residents, As far as the tags being hung out on each residents door in Crosby Municipal Utility District, I dont think that is going to happen. I dont believe we are in that position yet. We are going to have a meeting a week from Tuesday at 5:30 p.m. to discuss it again but in the meanwhile I want to pass on to everyone please dont water grass. I drive around every once in a while and I see people watering grass throughout the district.
As to what change in status the Board will make? Fidecoat answered, The decision will be made on August 16. We only have a certain amount of surface water and I dont know when we will be cleared to go to well water. Even the City of Houston has not gone to well water yet. I think we have about 2 months to go in this same situation.
The City of Houston is pumping record amounts from Lake Houston and is at 92% capacity now. Officials from the City of Houston Public Works indicate that the Lake is about six or seven feet from exposing one the intakes for the City of Houston. Alvin Wright indicates that the city would prefer to keep about a three to five foot buffer over the intake so they can continue to draw off water from Lake Houston. He says the City of Houston would first call for a release from Lake Conroe Dam. That would send about 150 gallons a day down the San Jacinto River to replenish Lake Houston.
The last time Houston called for such a release was back in 1988 and such a decision is still about four weeks away, according to officials. They say the lake is down 6.2 feet.
Crosby remains under moderate conservation warning. Crosbys surface water comes from Lake Houston but about 92% of City of Houstons water comes from the Trinity River and Highlands purchases its water from the City of Baytown that takes its water from the Trinity River.
Nielsen-Gammon reports that July 2011 was the warmest month ever recorded statewide for Texas, with data going back to 1895. Average temperature of 87.2 degrees broke the previous record of 86.5 degrees set in 1998. The June average temperature of 85.2 was a record for that month and now ranks fifth warmest overall.
Rainfall totals were also unusually light across the state. The July monthly total of 0.72 inches ranks third driest, surpassed by the 0.69 inches recorded in both 1980 and 2000. This is the fifth consecutive month in which precipitation totals were among the 10 driest recorded.