The Chambers County Commissioners Court gave their consent to a long-awaited plan for revitalizing and improving McCollum Park in Beach City during their meeting Aug. 23.

The park, which has been chained and padlocked ever since Hurricane Ike in 2008, has been in need of repair for some time, and those repairs will begin shortly. Plans include the replacement of grass, maintenance of trees, and possibly replacing the existing play structures.

A new list of rules and regulations are now in place as well. A 30-minute parking limit will be imposed on each vehicle that uses the new road leading into McCollom Park. Originally the commissioners had intended to prohibit any sort of vehicle traffic within the park area.

The erosion barrier in the park is also off limits, according to the new rules. That means no skateboards, bikes or other playing on the barrier is prohibited, in order to protect against accidents.

Drinking alcohol or any liquid in a glass container is not allowed, except for baby food and baby bottles. Also prohibited are fireworks, firearms and riding an animal through the park grounds. There is also no soliciting of food or other goods allowed in the park.

Camping in the park will be allowed with written permission, and pets can accompany their owners as long as they have a leash.

END_OF_DOCUMENT_TOKEN_TO_BE_REPLACED 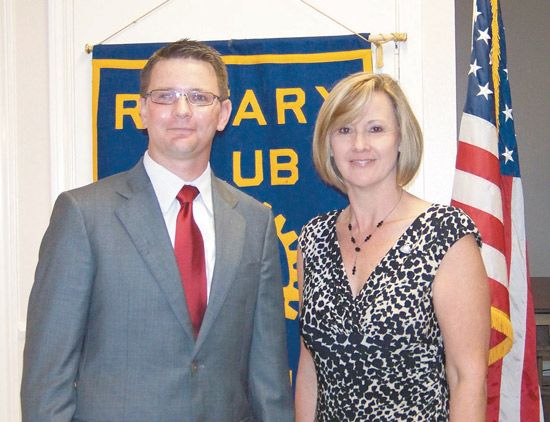 The Highlands Rotary Club had the opportunity to hear from Precinct 2 Commissioner Jack Morman Tuesday afternoon at their regular luncheon, and got an update on the state of the precinct  the good, bad and ugly parts.

Morman was sworn in Jan. 1, 2011 after defeating longtime seat holder Sylvia Garcia. He is the first Republican elected to his seat. A native of Deer Park, Morman has lifelong ties to the area.

Morman was candid about his relatively new position on the commissioner s court. Its been pretty exciting, and an interesting time, Morman said. Ive learned there are some pretty dynamic personalities on the commissioners court, and theyve always been willing to lend a hand.

I need all the help I can get.

Morman also made clear where his priorities are in relation to his goals. One of the things my predecessor said was that she hoped I would be an urban commissioner, Morman said. My preference is to be an infrastructure commissioner. If you dont do that right, everything else goes by the wayside.

A commissioners number one priority in my opinion is to make sure the infrastructure is in place. Thats where I intend to focus my attention.

And regarding the infrastructure, Morman said there was plenty of work to be done soon. We have 855 miles of roads, 10 miles of bridges, a tunnel and a ferry, so we have a lot to work with, Morman said. Well be starting some resurfacing work on the roads in the Highlands area in September and October. We intend to do $50 million worth of capital improvement throughout Precinct 2.

Despite the scheduled roadwork, Morman didnt shy away from the fact that times are tough, even for the county. We had to lay off 99 employees in the last eight months, and there may be more to come, Morman said. This office spent $44 million more than it took in over the last two years, and the operating budget wasnt sustainable. We had to right the ship. Laying off those employees was the hardest thing Ive had to do since I took office.

Other cost-cutting measures implemented include the reducing of hours for the Lynchburg Ferry, but Morman says that was a way of keeping the ferry in operation. Our goal for the ferry is to defend it from complete closure, Morman said. It costs about $1.8 million to operate the ferry annually, and the thought of shutting it down kind of rubbed me the wrong way. Its a part of our history, and people depend on it. We may have to fight that battle every year.

Another point of concern for Morman is the Port of Houston, and the publics lack of confidence in the way it is being run. Weve got to have a laser focus on the port, Morman said. Theyve lost the publics trust. Freight traffic in the port has doubled, and the infrastructure is not there to make it work. We have to make sure the increase in traffic doesnt become a bottleneck.

If we change the culture, change the attitude, the port can be bigger and better than ever.