By the time you read this, my 2nd anniversary of moving to New York City will have passed. Like most weeks, it was rather uneventful and busy with work. Though tired as usual, I couldnt help contemplating where my life is heading. After two years of working and living in this fast-paced city, Im surprised to find that Im still a little uncertain about it.

Moving here was propelled by a great career opportunity that I couldnt turn down, but my honeymoon period with New York had ended a couple years earlier, during previous internships Id done here. As I settled into my fourth-floor studio apartment, I no longer felt the excitement and wonder of so many students and young professionals around the world who dream of living here. Instead, I found myself battling expenses, egos, and a dwindling sense of passion.

Before I came to New York, I was active in developing environmental policy on my campus, fundraising for the local childrens hospital, and even planting trees. I danced every weektwo-stepping, salsa, clubbing. I went to concerts with friends, hosted dinner parties in my apartment, cleaned up the local river, played piano

All of that stopped when I moved here.

But its not entirely the citys fault. Theres plenty to do, and a raw energy that radiates through New Yorks 8 million residents. Even strangers and visitors remark upon this aura, this vitality that cannot be captured. But it belongs to the city, not to me.

Ive tried to borrow that energy by tapping into the veins of New York. Walking the grid of streets, I continuously explore and find things to appreciate. I love running my hands through the grassy plants along the Highline, an urban park converted from the old railroad track. I love the tiny, foreigner-filled restaurant in Nolita that exudes coolness but pretends its not that hip. I love the farmers markets, flea markets, street markets, any market. Most importantly, I love the sassy 13-year-old girl I mentor, and the good friends I have made here.

To help me understand my hazy emotions and desires, I asked some of these friends to explain why they liked New York and whether theyd still be here in two years. Some grew up in the city, others are transplants like myself. The answers I received from them reflects the magic that the city exudes:

The energy is unlike anywhere else.

Always so much to do. Friends are always visiting.

Everything about New York is energized, and there are infinite possibilities.

Yet even with all the positives, most said they did not expect to stay here long-term, echoing my own mixed feelings.

New York has never been shy about its complexity and allure, but I never realized how tough it would be to live in that, day in and day out. Im here now, but who knows where Ill end up. Thats the excitement of life. Thats something New York City has taught me to embrace.

END_OF_DOCUMENT_TOKEN_TO_BE_REPLACED 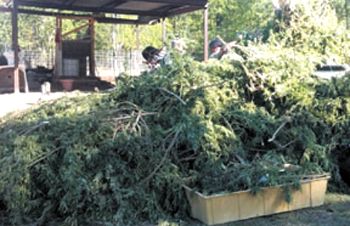 END_OF_DOCUMENT_TOKEN_TO_BE_REPLACED

CROSBY  The Crosby-Huffman Chamber of Commerce is on the march, beginning processes of purchase of a new office building, quadrupaling monthly membership increases, launching new community clean-up and spirit committees and held elections last Thursday for board members.

Newly elected are Judy Sirocka of Crosby Office Supplies and Bob Ward of Bobs Computers. Chosen for a vacated post is Terri Aubain of Alliance Properties actually #8 in votes but Dan Meaux #7 decided that the post requires lots of business time when he needs it to operate a restaurant. Re-elected are Venita Smith of KMCO, Kim Harris of United Community Resouce Credit Union, Velma Ellison of Alliance Properties and the Rev. Dr. Larry Koslovsky of Crosby Brethren Church.

The Board officially announced their decision to purchase 5312 First Street at the Oct. 20 luncheon inside the American Legion David H. McNerney Post 658 dining hall.

The staff of President Glenda Logsdon and Dayna Rankin are cooperating to increase the membership to about 19-20 new members each month against about 3 per month previously. Meanwhile new office equipment and technical capabilities have been added by the board to facilitate the growth.

The rapid decision to act on the availability of the property was played out in a series of specially called board meetings with more to come to decide on furnishings and future needs.

New committees have been formed and are generally guided by Danya Rankin as Glenda Logsdon not only acts as representative to prospective members but also addresses community needs. A new Pride and Spirit Committee has been lauched for a cleaner view and youth aware community.

END_OF_DOCUMENT_TOKEN_TO_BE_REPLACED 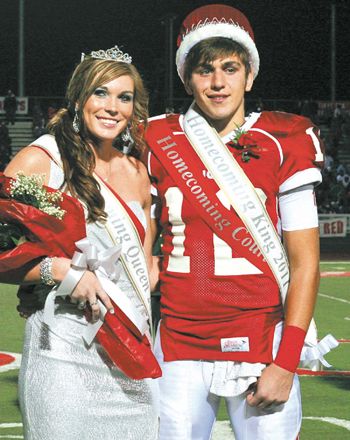 END_OF_DOCUMENT_TOKEN_TO_BE_REPLACED

Heavy equipment in the fight against cancer 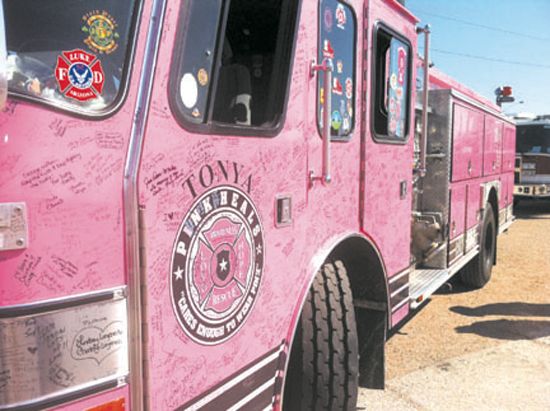