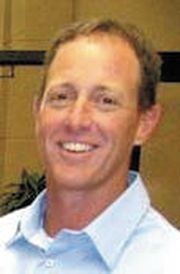 CROSBY  The local school board was expecting another low turn out for their board reorganization and the first look at redistricting last Monday but an element of the public had just learned that the Athletic Director and Head Football Coach (that had got the team to playoffs for the last seven years) had resigned last June while close friends are saying he was asked to resign by the Superintendent.

The board is at a disadvantage in that personnel matters are confidential and by necessity discussed in executive session with only the outcome to be announced later. Neither the board nor the administration could be expected to make an exception. Resignations are by State law not a matter for the board to decide.

That would have been about the time that the school board was hand wringing about cutting funds because the State was in financial arrears.

The Tax Office was cut, the local Alternative Schools were shut and there was even board discussion of saving money by having coaches drive the buses. That prior to an accident on FM 2100 in December prettifying even the most stalwart of residents. The legislature slithered into a final stage and newsies learned that the accomplishments of the governor were propelling him to the White House, without a debate with former Mayor White.

Coach Flanigan elected to resign rather than continue serving the district in a different capacity. Coach Flanigan requested that his resignation not be announced immediately and the district honored his request. We wish Coach Flanigan well and thank him for his service to the students of Crosby ISD. the press release concluded.

In the absence of an official word from Coach Flanigan, some of his close friends were asked to divulge what they were told.

He said that he was being asked to step down because of not playing certain players enough. stated a prominent veterinarian.

Some 40 people signed up to speak during the Hearing of Citizens for keeping Kevin Flanigan and one signed up to speak of problems with his coaching. Bylaws limit the numbers of speakers on a given night as other business must be done. The 40 elected two students, Rev. Jeff Holloway, Principal Ronny Davenport, and Kevin Cantrell to represent the rest. A second person, however, began to speak at the podium at invitation from a board member about coaching problems until those that had signed up (but yielding their time to representatives) protested and the new board President Tonya Eagleton restored decorum.

The reorganization of the board exchanged Gerald Blankenship for Tonya Eagleton. Daniel Kasprzak is now Vice President. Carla Mills Windfont is now Secretary. Joanne Crawford is Assistant Secretary. All approved by acclamation.

First to speak were two students that know Coach Flanigan from field experience Sam Tyler and Kyle Williams. They described a character building experience under discipline and guidance that molded them toward being respectful men.

Next the Rev. Jeff Holloway of Crosby First Baptist Church spoke of the multitudes of contributions the Coach had made to Crosbys community and outstanding athletic development. Describing 40 years of experience with the people of Crosby and why Coach Flanigan . He described Flanigan as having brought integrity, excellence and dignity to the students he taught and installed in new coaches those values.

Ronnie Davenport, Principal of Crosby Kindergarten, spoke next concerning past changes in coaches.

Then it was time for the other side to state their view and Regina Walker addressed the board. Ive raised two kids that have grown up playing football with Crosby. My grandson is a senior here and I hoped that football he would enjoy…He did not enjoy his senior football year. Coach Flanigan made it hell. He didnt play him. He is not a good player and he knew this…. Worry about the kids, dont worry about the stats.

Kevin Cantrell spoke concerning the process and principles involved in the changes and insisted that We as a community dont make these decisions and I am not certain that I understand the basis behind the decision that was reached. I did not know that the decision had been reached until yesterday. A cloak of secrecy does not represent the way we do things. Cantrell stated People deserve to understand what is expected of them and they deserve to be told when they are failing in expectations and they need chances to address those failings at times. I am not certain that this all took place. I would expect that your decisions would reflect our decisions. Your decision does not reflect our decision. and concluded, I would ask the board to resend the resignation letter, present us the facts and make the decision that this community would like to make.

Then it was discovered that the speaker had not signed the Citizens Hearing sheet by Carla Mills Windfont the secretary for the record.

No one spoke on the proposed redistricting given in two plans. Plan 6A housed the minimum number of changes considering current lines and 6B addressed the matured sizes of populations including a change in black population from 19% to 16.25% and an increase in Hispanic Population from 10% to 20%. Currently, Crosby ISd is divided nito 6 district numbered 1-5 and 7 with an at large position.

Superintendant Moore indicates the board has no replacement in mind for two positions that Flanigan is vacating.

The search for a new athletic director and head football coach will be challenging in that an A.D. has to make decisions as to how much money to take away from football (viable sport in Texas) to give to other more mandated sports and who to play.