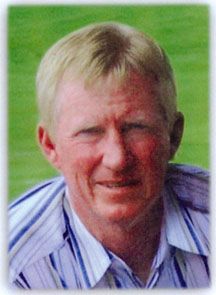 Plans continued this week for the rebuilding of the jogging trail and playground next to Highlands Elementary School. Goose Creek school trustees voted at their meeting Monday night to accept a donation from the Highlands Rotary Club of $24,000 for the reconstruction of the walking/jogging paved path. The land is owned by the school district, and at one time had been discussed as a site for a new community library, but Precinct 2 has indicated they do not have money for this project in the forseeable future.

The new paved jogging path will be made of asphalt, and be 8 foot wide and approximately 1/4 mile long, winding around the perimeter of the site. New playground equipment will be a future addition to the site, according to Rotary President Denise Smith.

The jogging trail donation has been made by the Rotary Club in the name of one of its major benefactors, Mark Mulloy. Before his untimely death in June 2009 he was CEO of Crosby State Bank, and before that owner/CEO of Highlands State Bank.

Mulloy was a strong supporter of Rotary activities in Highlands and his home club of North Shore. Before his death he made a major contribution to the Highlands club, and they have sought to use it in a fitting way as a tribute to him, to his interest in the Highlands community, and for his work with youth. A plaque with his name and dedication will become a part of the park with the trail.

The jogging trail will be used by students from Highlands Elementary, as well as the public when school is not in session. Teel Construction has been awarded the contract for building the track, and it is expected to be completed in May, before school ends.