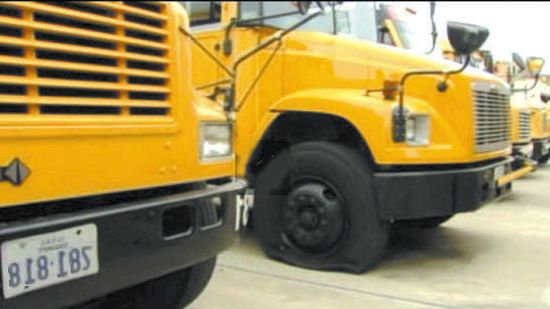 CROSBY  It is said that the measure of an administrator is how well they respond to a crisis; well, measure Superintendent Dr. Keith Moore by Monday, April 2 beginning at about 6:00 a.m. when he first learned that Crosby ISD buses had been damaged in a district that transports about half of their students to school.

Sometime on April Fools Day and Palm Sunday vandals cut their way into Crosby ISDs bus lot with bolt snips and then went to work on tire stems and hoses on 58 of 70 buses.

Superintendent Keith Moore says the Houston ISD helped provide valve stem replacements so the buses could run their regular routes later Monday. He was very grateful for the cooperation of law enforcement, Houston ISD, the Maintenance Dept., the Transportation Dept. and the community in general.

By 11:00 a.m. all buses were running for the late morning rounds, a remarkable recovery.

We have a great community but we dont have a whole lot of extras so we have to be very efficient with what we have not only in our schools but our whole community. I think we have done a great job with what we have but when somebody comes along and damages our buses or steals the copper from our air conditioners – we dont have the replacements. It is frustrating.

According to Captain John Moore of Precinct 3 Constable Ken Jones Office, investigators began receiving information as soon as Dr. Keith Moore began to spread the word that his buses had been vandalized, he was looking for information on who might have done it, parents were asked to bring their students to school. By Tuesday 6 persons of interest were being questioned related to the break in and damage incident. That afternoon five 17 year olds or older Seniors from the local high school were being detained based on their statements.

The same names were mentioned numerous times by those with which we spoke. said the Precinct Captain.

The high school was asked for information on Monday at a special meeting in the Crosby High School Gym. According to one parent, students were concerned that the Senior Prom would be cancelled.

Im not going to let the entire senior class suffer for the actions of five students. said the Superintendent, I dont have the energy or volunteers to get ahead of the rumor mill.

Concerning the cost to the school district Dr. Moore says that the valve stems cost about $5.00 each but the labor for 3/4 of a day for everyone concerned is substantial.

I think we are going to be down about 10% attendance for the day. You have to be down about 10% attendance on the day to apply for a waiver that will recoup our loss to A.D.A. monies due to an unforeseen event. They have to approve it but I feel confident that we will qualify for that ,said the Superintendent,  The real damage is they put kids in danger that are waiting on buses, they could get hit or abducted, who knows what dangers could have been out there for our kids. Parents were inconvenienced, they had to come back and take their kids to school. Employers were not happy that employees had to leave from work.

We cannot plan for every situation that occurs. I try to surround myself with good people that can step up like the administrators that communicated with parents and with those parents for helping out and law enforcement. said the Superintendent, One thing I want to get across is that these are still our districts kids. We may be angry and disappointed in what they did, they will have to face the consequences but we have to keep in mind that they are town kids.

There are about 5,050 students in Crosby ISD some 2500 were inconvenienced by the incident. 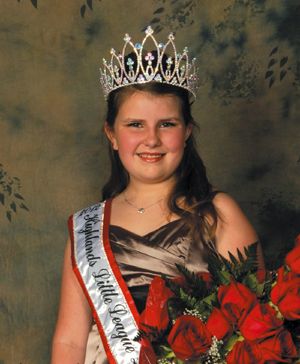