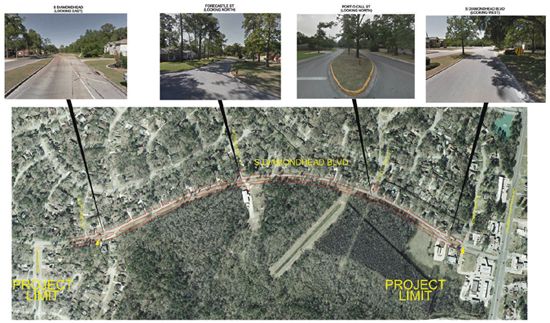 CROSBY  Commissioner Jack Morman spoke here last week and informed the local business population about new roads to be resurfaced, new roads to be built and spraying against mosquitoes.

The commissioners discussion of infrastructure was interupted 5 times by applause at the Crosby-Huffman Chamber of Commerce luncheon last Thursday.

There are two infrastructure  projects that Commissioner Morman started in the last 30 days within the Crosby/Newport area.

Widening of S. Diamondhead. Generated from the response of the Newport HOA meeting  Pct.2 will move forward with engineering tasks to improve S. Diamondhead from Cape Hope to FM 2100. Commissioner Morman has already met with Harris County Engineering Dept. to begin preliminary design. It is the precincts intent to bid this project the first quarter of 2013. The estimated project cost is $2 million.

BetterStreets2Neighborhood is the base repair and resurfacing of asphalt streets in the Crosby, Nelson Subdivision, Jackson Bayou Community and outlining areas. This project is already in design and will start construction mid-summer to be complete in 45-60 days. The estimated project cost is $2 million.)

That $2 M. was about the amount awarded to Precinct 2 by Commissions Court for the equipment that went to Precinct 4 with the new extended land area that Precinct 2 will absorb probably after November from the Redistricting Texas legislation and court rulings.

END_OF_DOCUMENT_TOKEN_TO_BE_REPLACED 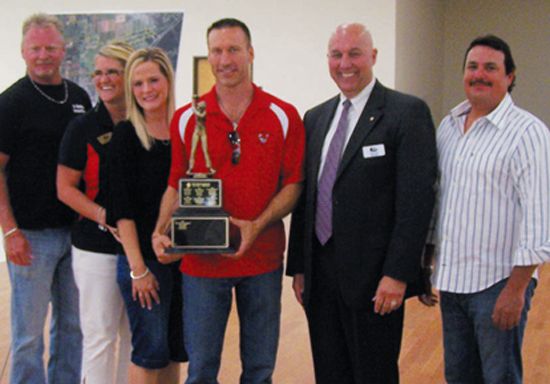 CROSBY  The Crosby-Huffman Chamber of Commerce again had a successful fundraiers for their operations that include staff and general operations in support of the community last Friday, April 13. The event was lucky for most participants in that they had excellent playing weather. A community dinner followed contributed by Crawfish Shack featured Crawfish with a Cajun flavor and shrimp with corn and red potatos. ACE Sponsor was United Community Credit Union. This year the event was termed Tees and Tails.

Longest Drive was made by Casey Nickell  Crawfish Shack.

Closest to the Pin was Alvin Cormier of Madison Benefits.

The Community Dinner with Live Auction performed by Bill Busby put the fundraiser over the top and will enable the Chamber to proved service to the Community.