CROSBY  A man drowned in the San Jacinto River last Friday evening, August 31, about 6:30 p.m. He was reportedly swimming with friends near Gulf Pump Road, according to Sheriffs deputies.

When the swimmer went under water near the middle of the river, his friends searched for him for about 15 minutes with no results, and then they called 911 for help.

The Marine Unit of the Harris County Sheriffs office searched the scene, and found the body of the man about 8:00 p.m. near the bridge over the Old Beaumont highway.

The swimmer has been identified as Jorge Ramirez, age 23. An autopsy will be performed because of the circumstances of the death, authorities said.

END_OF_DOCUMENT_TOKEN_TO_BE_REPLACED

Residents alarmed by string of burglaries 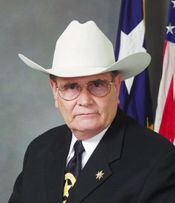 HARRIS COUNTY  Burglary is a serious threat to everyone living here with reports that nearly one quarter of a million have been reported in this county over the past six years.

The Highlands, Crosby and Huffman areas are seeing a renewed effort on the part of thieves to hit anyone for objects that can be converted into cash as fast as can be done.

An incident on Wallisville Road near the new school when a citizen reported a copper wire theft in progress says that the utility was out replacing copper wire for the third time that day in Highlands.

A new scene in Crosby are young people out walking the street in the wee hours of the morning asking for loans, lifts, or help- looking like they need a fix or are walking off some kind of stimmulation.

Newly becoming frequent are distraction burglaries, these generally target the elderly in subdivisions like Indian Shores August 29 and the week before that out east in the Bohemian Hall area. Neighbors have reported the same kind of crime about trees overgrown the roadway and working out deals to have them cleared all the while a thief is cleaning out the older citizens closets. The common element of both are that someone cames to the front door and while the homeowner was distracted, the theft occurred.

New social media have some sites that boast of being part of the new Crime Wave.

Even though the Harris County Sheriffs Office saw a 7% decrease in unincorporated Harris County last year, areas tend to catch up fast. It takes a car burglar not even a whole day to jack over 100 cars or trucks.

These serial burglars are statistical nightmares for law enforcement.

The Houston Chronicle reports, The rate of break-ins, meanwhile, is on the upswing in Houston. During the first six months of 2012, the citys 13,016 burglaries were 4.5 percent more than during the same period last year, HPD officials said. Alan Bernstein, director of public relations for the Harris County Sheriffs Office, said similar figures for burglaries in the county so far this year are not available.

Precinct 3 Constable Ken Jones has been looking into and effecting arrests even though his operation is reduced 14 people from last year by budget cut backs.

Statistically one can only hope to interdict a few burglars reacting to alarms and reports, tactical crews armed with information, that do surveillance and track multiple offenders as the enter and exit jails are more expensive but effective.

Ya know, Lew, overall- I would say the burglaries are about at the new normal. said Jones off the cuff. We had a task force busy while school was out to get after these burglars. We are still working a bunch of problems that were brought to our attention. There are some ongoing investigtions that have just not jelled yet, we want to keep working those cases. Lets see, we arrested the four wheeler thieves the other day, Deputy Cates just wrapped up a case that recovered a bunch of property from Crosby. I only have two men working burglary full time right now.

This week we arrested a man on sex offender probation violation, posessing stolen goods, and burglary charges are pending. On August 31 at about 8:00 in the morning we got a call saying that a 14 year old male was saying to a neighbor that he was lovers with Walter Ebeling. Following the investigation, he was placed in jail with a $30,000 bond. The juvenile said he had knowledge of several burglaries in the area. The juvenile had several items from local burglaries. This was all the information a parole officer wanted to hear and stated she was calling the judge in the 208th District Court to pick up the parolee and he was arrested.

Taking appart an organized burglary ring triggered by a patrol officers arrest of a single burglar can get 40 burglars caught, members of an organized crew responsible for at least 100 break-ins, have case histories in Houston

Since the project began in 2009, 792 DNA samples sent to the Harris County Institute of Forensic Sciences have resulted in 253 charges filed.

When DNA comes in, it (burglary) may not be solved for another year, but sometimes we get lucky and get a hit right away, Stauber said.

Significantly, some serial burglaries in the Newport Subdivision have been solved by suspects cutting themselves entering homes. The residual blood lead in two cases of repeat offendars being prosecuted again.

Still of late, some officers say the Sheriff is frustraited with the efficiency of the office in our area. Other residents say it has become evident that Sheriffs Deputies do not respond to reports of burglary as they once did. Other residents are reporting that crimes that require more time to commit like stealing tailgates and locked tool trailers is increasingly being reported.

Last year the legislature reviewed increasing the punitive charges to those caught performing burglaries and the House Judicial Committee found that Texas was among the most heavy handed states with regard to burglary but had the least decrease three Summers ago.