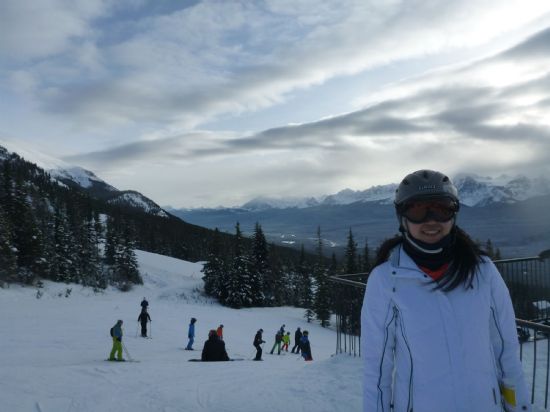 By Kristan Hoffman and Angie Liang

While there was no snow or sleigh bells, my holiday was otherwise fairly traditional. I flew home to Houston and was greeted with lots of hugs from my parents  as well as lots of kisses from mosquitoes.

That first weekend, we battled the crowds to do our last-minute shopping. Funny enough, nowadays my parents and I tend to buy our own presents and then wrap them as a surprise to everyone else. It may sound weird, but we enjoy it. Makes Santas life easier too.

After Christmas, my half-sister came to visit with her granddaughter, and we showed them a few of Houstons highlights: Moody Gardens, Kemah Boardwalk, NASAs Space Center, the Galleria and the Waterwall. We also drove around nice neighborhoods to look at their sparkling holiday lights. Though I had done it all before, it was fun to see my hometown through a newcomers eyes.

For me, the new experience was babysitting my cousins daughter for 3 nights. Shes now 5 years old, which is a fun but exhausting age. We colored Hello Kitty activity books, read If You Give a Mouse a Cookie, and watched My Little Pony. I gave her a bath and brushed her teeth. She ate the ham and eggs out of my kolache. I felt like I was playing Mom for a few days, and it was illuminating.

Now its 2013, and Im back home, back to my regularly scheduled life, back to work. I dont have any specific resolutions, but I would like to continue applying a few themes across all areas of my life: (1) Dont try to do/have it all; (2) Dont worry about what people think; (3) Keep It Simple, Stupid; (4) Push yourself; (5) Be more assertive/decisive; and (6) Dont aim for perfection, just keep getting better.

My parents and I always celebrate Thanksgiving in a big way  lots of friends and a massive feast  but for whatever reason, we dont do any of the December holidays. So after a wonderful extended stay at home in November, I decided to do something different this winter: Freeze my butt off in Canada. At 10°F to be precise!

Why give up the balmy Texas climate for arctic Canadian weather? I wanted to learn how to ski. Also, as a child I had visited Banff National Park, a World Heritage Site notorious for its scenic beauty, in the summer. Now I wanted to witness firsthand its breathtaking views in the winter.

I was not disappointed. I spent a couple days touring the towns and then three full days skiing the popular sites: Lake Louise, Sunshine Village and Mount Norquay. Each day as I arrived on the slopes, with an instructor leading the way, I ooo-ed and ahh-ed  even falling once because I was so captivated by the view.

Needless to say, I fell quite a few more times trying to complete a green (easy) run on the second day. Although I picked up the basic skiing techniques quickly, gravity sometimes won. Nevertheless, I slowly but surely conquered the mountain, turning and braking my way down the steep inclines. By the third day, I felt confident on the slopes, and eager to return for more someday.

After my skiing adventures, I spent New Years Eve in Seattle with one of my best friends, eating and exploring the city. We even toured the old city underground and then watched the fireworks shoot off around the Space Needle.

On January 1st, I flew back to New York City, with sore legs and a clearer mind, ready for change in 2013.

END_OF_DOCUMENT_TOKEN_TO_BE_REPLACED 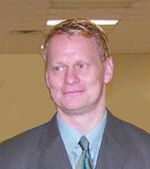 CROSBY  Two well-known men associated with the Keating Chevrolet dealership in Crosby have been arrested and charged with indecency with a child and one with sexual assault of a child. The community has expressed shock and disbelief at the allegations.

The charges stem from stattements made by the mother of the child, to an investigator for the Harris County District Attorneys office. After interviewing the child and the mother, Sgt. Ronald Hunter swore out an arrest warrant for employee George Koutani, 37, and Keating owner Riku Melartin, 51. Melartin owns Keating with his wife Tina Jou, according to reports.

Court records show that Koutani was arrested on Dec. 20, and bonded out at $30,000 the next day. Melartin was charged the same day, but did not surrender until Jan. 3rd. He bonded out at $50,000, but on Jan. 8th he was rearrested and his bond rescinded, apparently at the order of the judge.

Through his attorney, James Butler, Melartin has denied all allegations as untrue. He claims the parents, who worked for him, tried to petition for a huge cash settlement not to bring charges. Attorney Butler said that because of his position and perceived wealth, that Melartin is an easy target for this type of demand, and believes others may also be motivated to try.

According to the original arrest warrant, there were three incidents which led to the charges. In mid August, Melartin and Koutani supposedly propositioned the girl, gave her a drink laced with alcohol, and fondled and touched her inappropriately in an upstairs office at the dealership. She said that Melartin then gave her money.

At a later date, in October, she claims that Melartin and she went to an upstairs room and had intercourse. He gave her money on this occasion, too, she said. The mother learned of the episodes, and the girl, who is only 16, was examined at Texas Childrens Hospital the next day, and showed signs of genital abrasions, according to the District Attorneys warrant.

The girl had worked at Keating as a receptionist, and the mother had a cleaning contract. The father also worked at one of their used car lots.

Keating and Jou bought the Chevrolet dealership early in 2011 from the previous owner, John Keating, who had owned the business since 1990. The new owners at the time also owned several used car lots, but this was their first new car franchise.

Melartin has had other problems with the law, and is currently on probation, awaiting disposition of a case charging him with owning and running a Sexually Oriented Business without the proper licenses. This business is known as Babes, an adult nightclub on FM1960 in Houston. After being sued by Harris County Attorney Melissa Spinks as a public nuisance, Melartin subsequently closed the club.

Melartin is a citizen of Finland, not a U.S. citizen. As part of his bond requirements, he had to surrender his passport, not have contact with the girl or any witnesses, wear a GPS monitor, and remain in Harris County.

After the first arraignment, his case was assigned to Judge Maria Jackson, Harris County Criminal Court #339, and the next hearing was set for Jan. 30th. However, after his rearrest on Tuesday of this week, a new hearing date of Jan. 10th was set for these cases, and the SOB case also. Koutanis hearing date is Feb. 5th.

According to the District Attorney, the charges against the two are 2nd degree felonies, with possible punishment of 2 to 20 years in jail, and $10,000 fines.

However, a court must determine guilt or innocence, and to date this has not happened. Therefore, presumption of innocence prevails.

Melartin is well-known in the Houston area, mostly due to a story about his apprehension at gunpoint of an armed robber in his Bellaire neighbors home, whom he detained with his own firearm until police arrived.

END_OF_DOCUMENT_TOKEN_TO_BE_REPLACED

NORTHEAST HARRIS COUNTY  While the general consensus may be that burglary and property crimes have escallated this year, it does not seem to be born out by official statistics, in fact the Harris County Sheriffs Office indicates that the number of burglaries has declined slightly in 2012.

While there was almost a burglary a day in the Crosby area in December there were more in 2011.

Last Tuesday, the Harris County Commissioners Court began to address False Alarms, one of the burdens to law enforcement patrol units. False alarms in unincorporated Harris County for burglary, fire, or panic alarm amount to 100,000 calls a year in which 99% are false. Now a false alarm may be assessed for a $75 fine. An individual or business could get away with about 5 without getting the fine but after the fourth false alarm, the assessment begins. The county issues 14,000 more permits each year for alarms.

According to Harris County Sheriffs Office Christina Garza, Manager of the Media Relations Executive Bureau, We at the HCSO have statistics from January 1 through October 31, 2012. Cases from the remaining two months of the year are still being analyzed for statistical categorization. These are all under the Uniform Crime Reports data that go to the FBI through the Texas Department of Public Safety.

In those 10 months, there were 8,847 residential burglaries in the unincorporated areas of Harris County, compared to 9,155 during the corresponding period in 2011.

We do not have data for burglaries inside city limits, that would have to come from the Houston Police Dept.

With the population in the unincorporated areas continuing to boom, the drop in residential burglaries is a positive sign, and the HCSO is always analyzing data developing new strategies to stem an increase in commercial burglaries  keeping in mind that more and more businesses are opening in our patrol districts.

And reporting and keeping track of crime statistics is a challenge for anyone since the standards for what consititutes a burglary changes from state to state. In Texas if someone is stealing copper wire from your outside air conditioning that is a burglary, in other states one must enter a residence to commit a burglary.

A U.S. Department of Justice source commented on recent reports that Houston was the top city for burglary in the United States. She indicates that whereas the City of Houston Police Department reported to the F.B.I. that there were 27,459 burglaries in 2011 and 303 less burglaries in Houston last year, when comparing to other cities the number of variables are multiple.

In her words, Until data users examine all the variables that affect crime in a town, city, county, state, region, or other jurisdiction, they can make no meaningful comparisons. Besides, more proactive law enforcement will derive higher reportage of incidents. That does not mean that more crimes are committed in an area. You would be reporting a crime increase where there is more looking for crime.