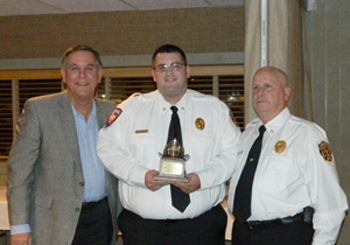 HIGHLANDS The Volunteer Fire Department held their 2013 Installation Banquet and Awards ceremony last Saturday night at the Monument Inn. Named to the top award as Firefighter of the Year by popular vote of the firemen, was Station 2 Captain Daniel Grabill.

ESD# 14 President Jim Strouhal gave a history of the Department from its beginnings in 1942 to today. He emphasized the outstanding service delivered by the department, answering almost 5 calls per day, with response times of only 6 minutes for ambulances and 8 minutes for fire calls. Now supported by the Emergency Service District with a sales tax, and property tax, it originally was only volunteers and donations. In 1999 a Rural Fire Prevention District #14 was established. The original board was appointed by Commissioner Jim Fonteno, but the state now requires an elected board.

Chief Little also reviewed the department accomplishments and history of service calls for 2012. Highlights included purchasing a new Squad truck, upgrading the Water Rescue boat with a new 50 HP engine, and improving the ISO insurance rating from a 6 to a 4, for everyone who lives within 5 miles of a fire station. This should result in reduction of insurance premiums of as much as $100 per household. The department also improved its radio equipment, and launched a new website and a Facebook page to communicate with the public.

Glenn Chisholm reported on accomplishments in the training of six new members, and training and certification of existing firefighters.

Jerry Thompson reported on EMS accomplishments for 2012. The department has a new 2013 Dodge ambulance chassis and a new medical box. This department now has 12 paid volunteers, 4 intermediates, and 2 basics. Also 7 vounteer paramedics, 6 intermediates, 5 basics and 4 ECAs. In the last year, they had 4 CPR incidents.

Chief Little reviewed the history of the department for 2012. He noted that there were 1991 calls for service: 1284 EMS calls, and 407 fire calls. Life Flight was called 24 times. The department responded to 147 Motor Vehicle Accidents.

END_OF_DOCUMENT_TOKEN_TO_BE_REPLACED

Highlands Chamber of Commerce elects new Board of Directors 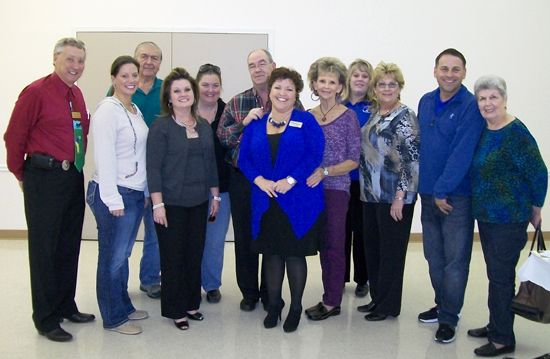