The Sights of Taipei 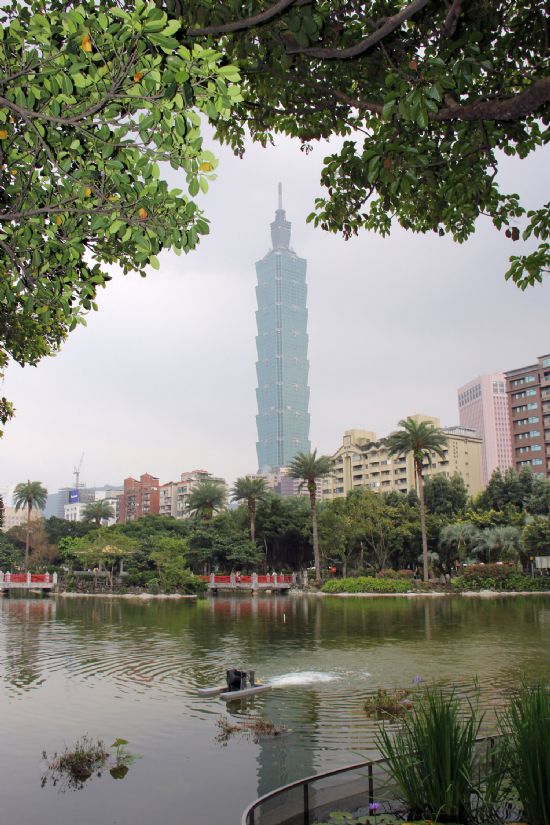 Walking the streets of Taipei for the first time in ten years, I found myself chuckling. It was so much like New York, except the sidewalks were clean and the roads inundated with motorcycles. Exhaust was the perfume of the major boulevards, while the smaller streets were crowded with low-rise buildings hosting apartments on the top floors and retailers on the ground. For residents who preferred not to drive, the subway and bus system were both convenient and easily accessible  as long as you knew Chinese. And amidst all these people coming and going, the most amusing sight for me was that at any time of day, someone happily walked their little dog, usually unleashed.

On a clear day, its impossible to miss Taipei 101s glistening green glass in the financial district. After all, the building is one of the tallest towers in the world. This art deco, modern pagoda-like structure is available for overpriced tours  unfortunately my visit occurred on an extremely foggy (or smoggy) day. Instead, like most tourists, I lingered around its adjacent shopping center. The mall is a multi-story galleria of luxury stores, where shop clerks eagerly follow your every move for a sale. It was quiet and eerily empty on a Friday evening as I admired the gleaming marble  an indicator that the Taiwanese were not spending here. The liveliest floor was the underground level, where you could find mainstream (i.e., affordable) retailers as well as the illustrious food court. This food courts design and refreshments far surpassed those found in American malls  and even the food in U.S. chain restaurants.

The Sun Yat-sen and Chiang Kai-shek Memorial Halls are both beautiful to behold. They are very characteristic of Eastern-style architecture and feature an imposing main gate. Inside the Sun Yat-sen memorial, art galleries illustrate the story of his life and interpret the memorial through different artists perspectives. Just like Lincoln in Washington D.C., a large sculpture of Sun Yat-sen sits on his chair gazing out. He is protected by two guards who, like the Buckhingham guards in London, will not move or falter when approached. The outside of the hall is a vibrant orange, and a reflection pool and park border it. The scene is idyllic as many citizens gather here: a group of students practicing their dance routine, parents watching their children fly kites, photographers trying to capture the beauty of the Memorial, and friends chatting on park benches.

This time I only visited the outside of Chaing Kai-sheks Memorial Hall, but despite being under construction, it is stunningly beautiful. The stark white stones are striking even against a gray sky, and the ocean blue tiles on the memorial and the entrance gate are one of the most vivid colors you see in the city. Though I was only able to spend a brief moment here, I found a sense of peace and stillness, a rarity in my life that I truly appreciated.

END_OF_DOCUMENT_TOKEN_TO_BE_REPLACED 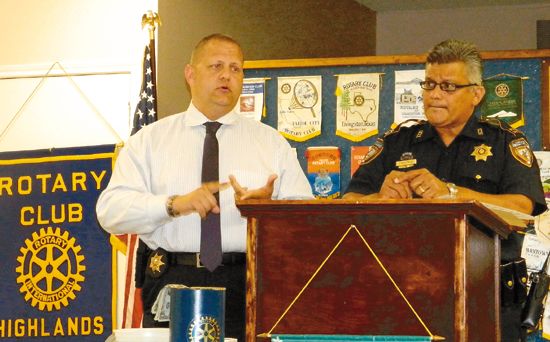 HIGHLANDS  Local residents who have been concerned about an apparent high rate of criminal activity in the area, are hoping that the latest initiative by law enforcement agencies will have an affect on the perpetrators of such crimes.

In February, at a press conference, Sheriff Adrian Garcia and Pct. 3 Constable Ken Jones announced the formation of a joint task force to combat the problem with additional resources, a focus on the area, and improved communications between agencies.

According to a presentation made at a recent Rotary luncheon, by Captain Joel Inocencio of the sheriffs office, and Capt. Jasen Rabalais of the Constables office, the trial of the task force has been very effective, and will now be a permanent presence against crime in the east part of the county.

Since February, the TF has made 66 felony arrests, and 45 misdemeanor arrests, according to the officers. As well as working closely together, they also involve other agencies, including DPS, FBI, DEA, and ATF they said.

The task force offices together in the same building, shares radio calls, and case information. They pointed out that their deputies have the same training, which is T-CLOSE, required by the state.

The task force now consists of 2 sheriffs deputies and one canine unit, one lieutenant, 3 sargeants, and 2 captains. They work 40 hours a week, Monday through Friday, only on their cases. However, they are available 24/7 to work with other deputies on calls.

Their objectives are to be a Pro-Active Patrol, meaning they anticipate crime rather than react to situations, have zero tolerance, answer traffic calls, and conduct special assignments as well as all types of ordinary crimes.

The officers reminded the audience that although they are working on problems with game rooms, and drugs, they need intel to take action. Game rooms are legal until money is paid out. Citizens are urged to work with the new task force and report suspicious activity on the HCSO website: iwatch harris county.com. You can post information on the Facebook page of Captain Rabalais: Facebook.com/CaptainJasenRabalais. You may also call the sheriffs office on Wallisville Road, and ask for the Task Force. The number is 713-455-8050. The constables dispatch number, answered 24/7 is 713-453-6959.

END_OF_DOCUMENT_TOKEN_TO_BE_REPLACED 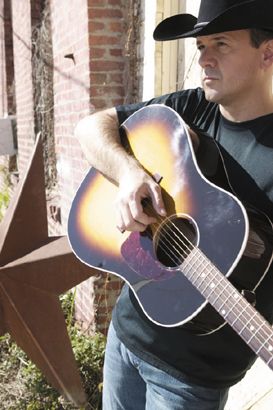 CROSBY  This very week is the time for the largest party in northeast Harris County, that party is the Crosby Fair & Rodeo Cook-off.

A parade on Saturday morning lines up at 9:00 a.m., starts at 10:00 a.m. and will go out from the fairgrounds west on Church St. turning right to First Street, then right on Kernohan (east) to Crosby-Dayton Road left (north,) then right again onto Pecan Street (southbound) leading back to the Fairgrounds on Church St.

This years theme is Its All About the Youth. In keeping with that theme, Dr. Keith Moore, CISD Superintendent and family will play Grand Marshal.There are six awards to be won in the parade based on the theme Its All About The Youth, a Best in Show first through third place is awarded and first to third in Best Wagon or Trail Ride is awarded.

Musical entertainment for each night of the Cook-Off and Rodeo starts at about 9:00 PM. after two full hours of exciting P.R.C.A Rodeo.