Crosby Rodeo in Top 5 in USA 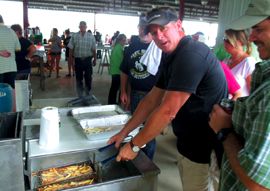 END_OF_DOCUMENT_TOKEN_TO_BE_REPLACED

Its in Lynchburg, not Baytown- Not everyone likes new City Monument 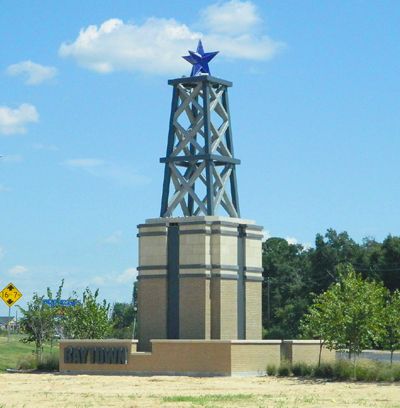 LYNCHBURG  A new monument denoting a gateway approach to Baytown has been built by that city, on state TxDOT land at Four Corners in Lynchburg. It is near the intersection of Decker Drive and Crosby-Lynchburg Road, and can be easily seen by traffic on I-10.

One resident of the area, Samuel D. Sledge, 72, has protested loudly about the new monument, and the name Baytown that appears on its base. Sledge lives on Park Street, north of the monument, but can clearly see it from his front yard. He says he has lived on this street since 1948, and the land for the monument is in Lynchburg, not Baytown. The city border is actually about one mile away.

The gateway monument is part of a project initiated by a group from Pasadena known as the Econommic Alliance Houston Port Region, and is responsible for the monuments and the historic portraits that have been painted on oil storage tanks along the San Jacinto Historic District, at Highways 330 and 225, and the Independence Highway, or Crosby-Lynchburg Road. That project was started while Sylvia Garcia was still commissioner of Harris County Precinct 2. The budget for the monuments is about $350,000 each and comes from tax money of the Municipal Development District in Baytown.

The monument was built by the Baytown Parks and Recreation department, headed by Scott Johnson. He claims that all permits were secured for the project, and that it was built legally.

The second monument is planned for a site near the Hartman Bridge, where Highway 146 and Business 146 split.