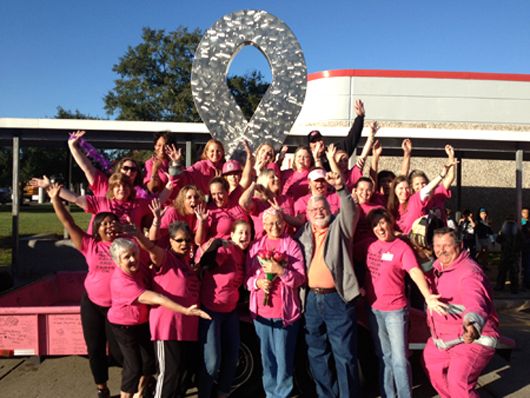 BAYTOWN, CROSBY, HIGHLANDS  Last week San Jacinto Methodist Hospital hosted a series of events that have come to be known as the 4th Annual Pink Heals Event, this week they are hosting a Womens Health Fair Education and Free Screenings.

Last weeks special cancer awareness event brought to town Dave Graybill, former Olympian, former pro baseball player and former fireman that in 2007 put together a program to celebrate women, inspire hope and help communities raise funds in the battle against cancer. Throughout the United States he drives and rides pink fire trucks to bring attention to the battle. On Friday, Dave and others toured Crosby and Highlands visiting cancer survivors.

Create a program that celebrates your mother because you love her not because she is sick, you inspire the neighbor to take care of the neighbor and you come together based on love. You have to start at the base to get a program started to help people, explained Graybill at the San Jacinto Mall surrounded by Pink Firetrucks, the San Jacinto Hospital Health Trailer, booths by such companies as the Chick Fill-A, members of the Baytown Police Department and Harris County Sheriffs Office.

Every city we go to we develop a relationship with certain local charities that provide services out to the communities. What we try to do is 100% of every dollar made go out to the communities as services, so no one is making salaries from it. So, if you like me dont give the money to me, give it to the lady across the street. What we have is the only charity that i know of that has created a merchandising brand to sustain itself without ever taking a donated dollar to sustain itself. So what I am offering is a free franchise that generates money and you give it back to your people for healthcare. Our thriving motivation is the woman that pays taxes and votes. Then I leave town. said Graybill.

The Pink Heals fund helps out cancer patients if they have financial problems while they are having treatment at the San Jacinto Cancer Center. The fund helps them with their bills it could be mortgage, utilities, medical expenses, prescriptions or whatever their needs are.

This year, I think Friday was so special for me because so many individual patients were highlighted from the community. We didnt pick those patients, the cancer center did not, that is from people calling me and saying, Hey, I know this lady, please visit this patient. And we would set those meetings up and to watch the firemen one on one with them was the most special thing Ive done in four years. said Denise Martinez Cancer Program Director for San Jacinto Medical Hospital.

But there are emotions, At 9:30 a.m. there was no one here, I was nervous I turned around and at five minutes til ten the trucks were coming and there was a whole crowd and I teared up and got goose bumps. I love what I do everyday and the job that I do everyday at the Cancer Center but this right here brings it all home. It is worth every hour of sleep that I lost or every minute I got behind just to watch a survivor get hugged by a fireman on that truck is what it is all about. I cant wait to do it again Martinez said.

END_OF_DOCUMENT_TOKEN_TO_BE_REPLACED

Celebration this week for veterans 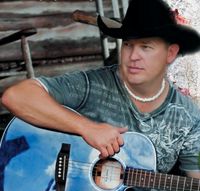 EAST HARRIS COUNTY  Three days of fun and patriotism on the eastside of the San Jacinto and Lake Houston, Nov. 7, 8 and 9 is the Eastside Veterans Celebration.

Honoring all veterans, especially World War II Veterans this year, as Vietnam Veterans were honored in 2011 with the Traveling Vietnam Memorial Wall and Special Fete of Medal of Honor Recipient David H. McNerneys Comrades in Arms.

Teaching the youth of the sacrifice, Thursday the Red, White and U Event will be staged at Crosby Stadium for students and veterans beginning at 7:00 p.m. This invitation is extended to students from throughout the eastside and will feature inspirational messages and dazzling displays vibrant with spectacle. Call 713-855-9146 to register and escort your veteran for a special commemoration.

Friday starts an intensive dedication; Fete the Vet BBQ Cook-off at the Crosby Fairgrounds that afternoon lasts until Saturday evening. At 7:00 p.m. the Star Spangled Shake, a concert and dance featuring David Glenn, Country-Western performer, launches a Friday night of entertainment. Reserve seating is already available; a table for eight is $100, single admission is $15, couples are admitted for $25.

Saturday, parading the streets of Crosby at 10:00 a.m. shows civic pride in our veterans on the eastside. This year the route runs from Crosby Church (5725 U.S. 90) and travels west on Crosby-Dayton Road, south (left) onto Pecan Street to Church Street then east (left) on Church Street and finish at Crosby Fair & Rodeo Grounds Parking Area on Church Street.

Saturday morning at the David H. McNerney Legion Hall a bake off contest between 9:00 a.m. until 10:30 a.m. will be providing special delights for veterans.

Fete for the Vet ceremonies commence at 11:30 in the American Legion Hall featuring a special meal to the veterans and also a guest of theirs for free in recognition of their contribution. Other guests are welcome at $10.00 per plate.

A Veterans Day Celebration Poker Fun Run is also happening this year on Saturday that beings and ends in Dayton Texas with 6-stops along the way. Contact Wade Rainey at (832) 483-2789 or Jacks Road-House Saloon at (936) 258-0609 to register.

Raffle tickets are offered for a quilt, a scoped Weatherby rifle and a .40 caliber pistol. Quilt tickets are $1 each or six for $5. The raffle for the guns are $10 per ticket or three for $25 with two chances to win. Tickets are now on sale. Additional information is available at http://www.eastside veterans celebration.com on the web or call 713-855-9146. Also like us on facebook/eastside veterans celebration.

END_OF_DOCUMENT_TOKEN_TO_BE_REPLACED 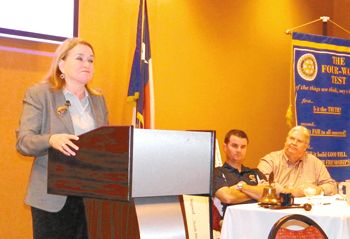 Speaking at a North Shore Rotary luncheon last week, State Senator Sylvia Garcia reviewed the activities and bills that were presented for consideration in the last state legislative session.

Garcia was in her first term as a senator, and in fact started later than the others due to a late election to fill Mario Gallegos seat. Even so, she said that she filed 20 bills, and 15 of them were passed.

Her major interests in this session were education, health care, and water resources. She worked to help restore cuts to education from the previous session, and the legislature voted an additional $3.4 billion to school districts. Teachers got a small raise, and a Cost of Living Adjustment (COLA).

Garcia decried the low rate of insured in the county, noting that 1 of every 3 people dont have health insurance in Harris County. That means 1.1 million are eligible for ACA (Obamacare). She noted that even though the legislature voted for expansion of the childrens health program, CHIP, the governor vetoed it.

Garcia spoke in favor of the Proposition #6 on this weeks ballot, saying that planning for water resources was becoming more important, and that this was a wise investment in our future well-being. Passage of the Consitutional Amendment would allow $2 billion of the Rainy Day fund to be set up as a revolving loan fund for water projects throughout the state.

On other issues, she asked the audience to vote Yes on the Astrodome refurbishing bonds, and Yes on the proposition to set up a joint inmate intake processing center for the county and the city.

Noting how busy she had been as a new senator, she said she had held 8 Town Hall meetings, and 3 Open Houses for her offices in downtown, North Shore, and Aldine.

She reported on the committee assignments she holds: Nominations, Government relations, Jurisprudence, and Government Organization. She noted that Governmental Relations brought up issues of importance to local residents, including the prevalence of 8 liner gambling, trash on our streets, and loose animals and their disposal.