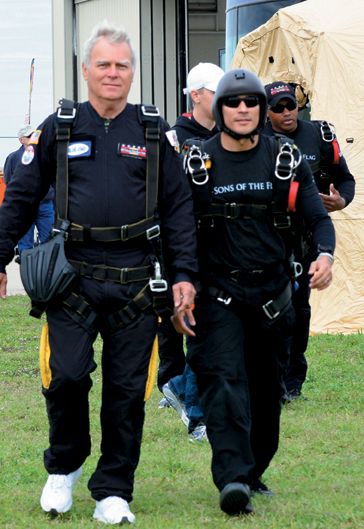 Gerald Blankenship teamed with Sons of The Flag, a legacy skydiving organization dedicated to raise money to benefit veterans, first responders and civilian that have been burned over the weekend of Veterans Day last year.

The U.S. Army Golden Knights Legacy Jump Team members help be the backup for Sons of the Flag and is the same group that enabled former President George H. W. Bush to make a parachute jump on his 70th birthday, part of his bucket list, a few years ago.

The Sons of the Flag is a nonprofit organization that raises money by charging $25,000 to make the jump with veterans in a commitment to benefit burn survivors by providing funding for innovative research.

Gerald Blaknenship, U.S. Navy Submarine veteran, jumped 7,500 feet to land at Collins County Regional Airport with a pocket full of Medal of Honor Coins made in memory of David H. McNerney, a Medal of Honor recipient that lived much of his later life in Crosby and a friend of Blankenship. In fact, Army Ranger Mike Elliott that jumped behind Blankenship has now twice jumped with George H.W. Bush.

The jumpers are chosen by their contributions, collected from varied sources then attached to experienced and expert parachutists and the leap from the airplane at five second intervals. Blankenship was fourth out of the plane that day.

At the time he said, This is fantastic, as he leaped from the perfectly good airplane and went into free-fall at about 130 miles per hour.

Once out of the plane, they would travel a total of about five miles to hit the point of landing exactly.

They were very professional, I felt at ease during and before the jump, really without a fear.

Blankenship was very pleased that groups had enabled him to raise funding to pay for the jump experience. He credits Major Richard Agnew, retired, for involving him in the fund-raising. Major Richard Agnew raised $7,000,000 for Fisher House Foundation, an organization that provides housing for veterans families close to the hospital while the veteran is hospitalized due to an illness, disease or injury.

During the jump however, once the chute opened, he volunteered for one experiment was not to his liking and that was making the loop de loop. Blankenship recalls falling for about 30 seconds. When he was about fifty feet from the ground, his escort pulled the parachute strappes and they slid into a stop on the ground and simply walked off.

Sons of the Flag has launched other campaigns to raise more funding for burn survivors, visit, www.sonsoftheflag.org for more information.

END_OF_DOCUMENT_TOKEN_TO_BE_REPLACED 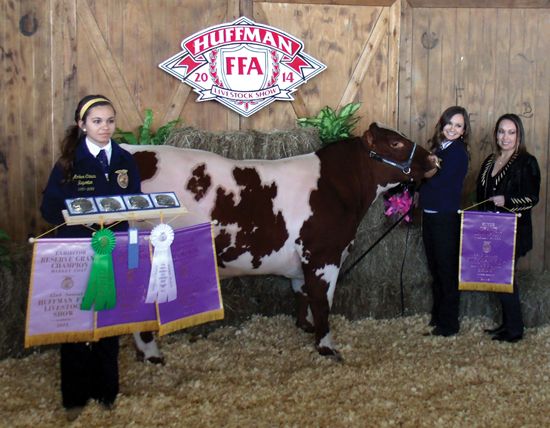