CROSBY  A local father has made fantastic progress getting Texas kids tested for heart problems by E.K.G.s and is now working on school districts such as Deer Park ISD to get athletes tested with some resistance.

By now most locals have learned that Scott Stephens lost his son, Cody, to sudden cardiac arrest in May of 2012. Now some 12,000 student athletes will be tested by an E.K.G. thanks in a great extent to http://www.cody stephensfoundation.org.

Now, all over Texas, middle and high school potential athletes get to look at a piece of paper and sign it that offers getting an E.K.G., they take that piece of paper with information about E.K.G.s home for their parents to sign that indicates for a maximum of $15 their kid can get tested against a potentially fatal problem. In many cases the test can be offered for free to the family of the athlete.

Codys condition, hypertrophic cardiomyopathy, showed no signs of trouble before taking his life and most students would, if asked, say they had no heart problems. Now we get to the heart of issues that have come up, how frequently are there hidden heart problems.

Currently, the Go-big-or-go-home Cody Stephens Foundation is trying to get a 1000 student fund going in Deer Park ISD to get athletes tested by an ECG for heart problems but have not heard back from the school. The coach is indicating he hopes the Foundation will continue to look into offering the test.

Scott Stephens, who went up and back on Highway 290 to Austin for the State Legislature and U.I.L. last year with some success is now getting close to a meeting with some major hospitals like East Houston Regional and partnering with some of the area Independent School Districts to provide even more E.K.G.s to more students for free as the foundation can fund or minimum pricing as the hospitals can staff.

Additionally, Stephens noted that eighty percent of sudden cardiac deaths are preventable, and the cost for the EKG is nominal. With the use of state-of-the-art, portable machines, members of the East Houston Regional Medical Center staff perform the EKGs and send the study to the hospitals cardiologists for official interpretations. Texas basically requires the same physical I received 30 years ago as a student athlete, said Stephens. Think about the technological and medical advances that have occurred in these last 30 years. The EKG gives students and their parents an important reading on the health of the athletes heart.

With the help of the cardiologists and care specialists at East Houston Regional Medical Center, Stephens is building momentum to persuade the Texas State legislature to pass a law. House Bill 1319 failed in 2013. The House Bill would have required an EKG to be added to the standard sports physical for public school students. A new bill will be introduced in the 2015 session. The new bill will require an EKG in the 7th grade before puberty and an EKG in the 9th grade when students are exiting puberty. I wish I had 50 partners like those at East Houston Regional Medical Center, said Stephens, a Crosby resident and real estate appraiser. My goal is to get the law passed in Texas, and the rest of the nation. Five years ago, Washington State began requiring concussion tests for athletes.

Since its passage, 40 states have followed the Washington State model. Italy provides EKGs for its student athletes, and they have a 25-year study, which indicates an 89% drop in deaths due to sudden cardiac arrest, said Stephens. My hope is that EKG testing will become a worldwide requirement for student athletes. Stephens added that sudden cardiac arrest is the second leading cause of death for people under the age of 25 behind accidents, and the leading cause of death for people under age 16. A Harvard study shows that current history and pre-participation physicals catch 1-3% of heart defects, but by adding an EKG, 86% of heart issues are caught, and 80% of those are curable.

Could anyone not say that it would be worth $15 to save a young athletes life? This entire effort is to keep other parents from losing some member of their household to a undetected threat that they may have never heard of, like Scott did back in 2012. 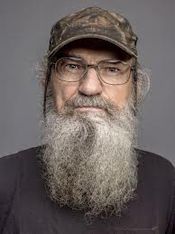 CROSBY- For a free V.I.P. pass and photo session with Uncle Si Robertson of Duck Dynasty, a fan can compete in the Friday is Si-Day beard and dress contest to determine who most resembles Uncle Si at the Zydeco Festival to be held at the Crosby Fairgrounds this comming weekend, March 14-16.

Those who are interested can obtain their tickets at Crosby Church at the discount price of buy two and get a third ticket free. Three V.I.P. tickets will be issued to the winners to join with Uncle Si Sunday at the Festival. Crosby Church is having Team Impact get involved with the Zydeco Festival.

Traffic on FM 2100 may see some congestion as parking will be available at the David H. McNerney American Legion Hall but all other parking will be directed to the Fairgrounds should enter from Church Street for parking.

The event will be Friday, Saturday and Sunday, March 14-16.

According to Troy Barrett, this years Zydeco Festival will feature the finest in Zydeco Music, greatest food and crawfish, an obsticle course and the biggest slide in Texas for the kids.

Gates open Friday at 6:00 p.m. and Jeffrey Broussard will play.

Uncle Si and Allen Robertson will be with the Sunday attractions.