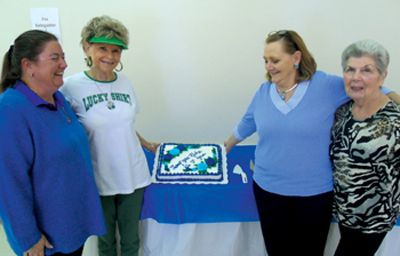 END_OF_DOCUMENT_TOKEN_TO_BE_REPLACED

CROSBY  Planning work is underway, to widen FM 2100, and alleviate delays for those that languish in protracted lines near the 6 oclock hours.

When Harris County Precinct 2 Senior Director of Infrastructure Jeremy Phillips answered the Star-Courier, on the question What is the truth of the matter about widening FM 2100 from Crosby to Highlands and from Huffman to Crosby, there had to be some good information, following the speeches and promises made for the future by community leaders.

There are two phases of plans from Harris County Precinct 2 to widen FM 2100 south of the U.S. 90 Overpass into Barrett Station.

These two projects will be elaborated on by Phillips in the April Luncheon at the Crosby-Huffman Chamber of Commerce. At that luncheon Phillips will update the chamber members on current and upcoming projects in the area.

Harris County Precinct 2 and TxDOT are working together to address FM2100. It is vital in coordinating with one another to lessen the impact on the community.

Harris County Precinct 2 will be widening 2100 from 1942 to Arcadian Drive in Barrett Station. ß

Design and construction are funded. Our start date will be better determined once TxDOTs portion advances. We have been in contact with the Barrett Station community regarding this project and plan to keep them updated as the project moves forward, said Phillips.

This widening inside the community to Arcadian is no simple task as it will require the design and implementation of drains that can take the place of the ditches on both sides of the narrow two lane road. That section can only follow the widening from where the current four lane becomes two lanes southbound from the U.S. 90 Overpass of FM 2100.

This bottleneck can only be addressed by the State due to the States culverts required for the underlying ditch. The design work has yet to be completed by TxDOT but it is being developed by engineering.

Anyone coming south on FM 2100 in the early morning knows that sometimes traffic on FM 2100 stops due to the simple physics of too many cars on too few, little lanes. Essentially, FM 2100 is an artery that feeds workers to the oilfields and Baytown, now. Once oil pipelines and the Panama Canal expansion project are completed some expect there will be even more traffic.

Panama Canal expansion project (also called the Third Set of Locks Project) is intended to double the capacity of the Panama Canal by 2015 by creating a new lane of traffic and allowing more and larger ships to transit.

According to the Port of Houston Authority, The Port Authority plans to undertake significant infrastructure improvements in the next few years to ensure that the Port of Houston can accommodate the advent of larger vessels and increased cargo resulting from the pending Panama Canal expansion in 2016, as well as the expected future demographic growth in the region.

The fact is that no one knows yet what the increase in demand is going to be on FM 2100 in the northern sectors. But Texas Dept. of Transportation – Houston District has undertaken design work to meet the demands, but as yet there are no time limits set to begin the work.

According to Danny Perez, Public Information Officer for TxDOT, There are plans to widen FM 2100 at various points between Crosby and Huffman but an estimated time has not yet been determined.