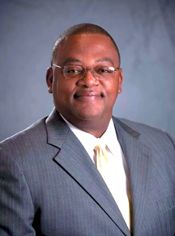 CROSBY  Some familiar faces are returning to the area to make customers comfortable buying GM products and used cars and getting service locally.

New ownership, new dealership, new management that have many familiar faces will be found at Turner Chevrolet.

Robert Turner, owner of John Keating Chevrolet and John Keating Subaru across the street from each other in Nederland, Texas has purchased the local Chevrolet dealership and says, We are people people. We are here in the community to try and do some good. We appreciate the support of the entire community.

If they are interested in General Motors vehicles, we will make it convenient for them to own one. We invite them to come on by and see us. Ive been doing this for 35 years, mostly for General Motors. I started doing this in 1976. The pervious three years I had spent in the insurance industry. Since then it has all been automobiles. It is important for people to know that, Ive wrenched, Ive sold, Ive financed, Ive managed. Now Im just a janitor, cleaning up everybody elses mess. This is a pretty big one, but I am cleaning it up.

Turners business philosophy may be summed up in the phrase,  The people make the difference.

Apparently, that philosophy influenced his employing David Mendez for General Sales Manager. David is known for having been the General Manager at John Keating Chevrolet before the dealership was sold.

Wed love for the community to come out, shake our hand and meet us. Mendez says.

Mendez is well known in the area for his involvement in the community, like Crosby Fair and Rodeo and charities for the last 20 years, and in taking care of customers expresses his philosophy as I want customers for life.

When you walk into Turner Chevrolet you are going to see a familiar face, says Mendez, I want to keep your business by taking care of you. Certainly in our service department we want you to feel comfortable sending your husband, your wife and your kids in whether it is to buy a part or get your oil changed. We are here for you during the sale, after the sale, we are going to be here for you always. There are big plans for this dealership. The phoenix rising from the ashes is my analogy for this dealership.

Some customers have already expressed their enthusiasm for the change. Charles Reeves says, David Mendez, the new General Sales Manager of Turner Chevorlet in Crosby, Texas, has built his distinguished career on one motto customers for life. His customer service is the best Ive ever experienced. I cant wait to see what unfolds in this new chapter of his life at Turner Chevrolet.

My vision is to give knock your socks off service, create a culture that sincerely takes care of the community. We want to earn your trust again and again. We cant wait to help you with all of your needs. I plan to be here for many more years. says Mendez that has shown his sincere love for Crosby and the surrounding communities by efforts like buying livestock at the Crosby Fair & Rodeo Livestock Auction with his own personal cash. His first e-mail address still is crosbychevyman@aol.com and he plans to keep it for life too.

If we can be of help contact us. Our phone number is 281-328-4377, my e-mails is crosbychevyman@aol.com. You can deal directly with me for any needs you have.

END_OF_DOCUMENT_TOKEN_TO_BE_REPLACED

CROSBY  Its time to rodeo and it all begins with the largest party anywhere nearby, the Crosby Fair & Rodeo Cook-off at the Fairgrounds this weekend.

The Cook-off is food, a parade, party and concerts Friday and Saturday nights.

The fun begins on Friday night at about 5:00 p.m. when the gates open for the Cook-off party and concert. The concerts will begin each night after dark or about 8:30 p.m.

Rides and a carnival atmosphere will be going on for the kids earlier and the cooking teams will be perparing delicious entries.

The Rodeo Parade is Saturday, June 7 at 10:00 a.m. It occurres when the Rodeo Cook-off is going on inside the fairgrounds. Bill Murff and family will be the Parade Marshals. Friends, Families, Representatives and Organizations of the community are encouraged to enter a float or vehicle in support of Sticking to Our Roots.

Hill Country Jane plays first for the Cook-off on June 6. The band leads for Johnny Looking for Love Lee.

The 1980 top single, with Lookin for Love, has been the signature song for Johnny Lee. That fantastic hit not only spent three weeks at the top of the Billboard country singles chart in the second half of 1980 but also went to the Top 5 on the Pop charts, and Top 10 on Billboards Adult Contemporary survey. He racked up a series of country hits in the early and mid-80s.

Johnny Lee, born John Lee Ham on July 3, 1946 in Alta Loma, Texas plays here Friday night. Since 1976 he has been making hits with the vocals that Americans love. He first became spotlighted with the movie Urban Cowboy after having worked with Mickey Giley for 10 years in Pasadena.

To this day at every local cook-out someone will break out Cherokee Fiddle. and play it for the whiskey. Lee had five songs reach the top of the Billboard magazine Hot Country Singles chart. One in a Million (1980); Bet Your Heart on Me (1981); The Yellow Rose (1984, a duet with Lane Brody and the theme song to the NBC TV-series of the same name); and You Could Have Heard a Heartbreak (1984). Major hits that are still being played are Pickin Up Strangers (1981), Prisoner of Hope (1981); Sounds Like Love and Hey Bartender (1983); and Rollin Lonely and Save the Last Chance (1985).

He still plays with the Urban Cowboy Band.

His cookbook Chef Boy R Lee was a splash in 2006 and the website for the Texas Country Music Hall of Famer is www.johnnyleefanclub.com.

The following night, Saturday, June 7, the concert will headline Jason Boland and the Stragglers. A Central Texas lad that went off to Stillwater, Oklahoma to the Oklahoma State University with plans on going to the Seminary. He went to the OSU Fraternity instead and dropped out to become a musician in two years.

Texas born and bred singer, songwriter Abbi Walker Petkoff has been dubbed a Rockabilly songstress sort of a cross between Adele and Miranda Lambert. She will lead for Jason Boland and the Stragglers on Saturday, June 7, doubtless with songs her new single Kiss Kiss Bang Bang.

Daughter of a preacher, singing since she was 3 years old, shes in love with not just singing, but songwriting and learning how to tell her story. Her songs are relatable. Abbis sound has many layers. Her fresh feisty lyrics hold deep Gospel soul and sweet harmonies mixed with gritty Southern Rock.

END_OF_DOCUMENT_TOKEN_TO_BE_REPLACED

The City of Baytown has issued a Permit to Close Public Way for a partial roadway closure of Bayway Drive on Tuesday, June 10, through Wednesday, June 11. The closures will take place from 6:30 a.m.  5 p.m., to allow for inspection of piping and installation of a new pipeline over Bayway Drive.

The worksite is located approximately 100 yards east of the ExxonMobil south security gate. Motorists are asked to find alternate routes if possible and to obey all traffic signs and signals.