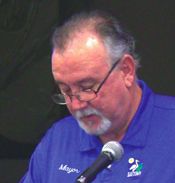 NORTHEAST HARRIS COUNTY  A series of meetings concerning environmental contaminants and toxic substances this week have pointed to some little known facts about this area and raised questions concerning the origins of making chemical waste pits near the San Jacinto River and Lake Houston.

Actions and recommendations by the federal Environmental Protection Agency (EPA) prompted local groups to become active and reach out to inform the public about what they need to do, what dangers exist and where developments are at this time.

Previously, the EPA had tasked independent investigators named by potentially responsible parties (companies that may have polluted something) to make recommendations for what to do with the San Jacinto River Waste Pits (SJRWP.) The recommendations by the investigators for the potentially Responsible Parties did not take into account tidal surges ( there have been three 500 year level floods since the 1990s ) and other factors so the EPA has rejected those findings.

Currently, the EPA is tasking the Army Corps of Engineers and others to study the SJRWP and make a recommendation on their findings. The EPA had expected to reach a conclusion about what to do about the SJRWP in September 2014 but that is delayed for more findings that take into account more of the questions raised by the EPA. They now expect to issue a report in mid 2015.

At a Press Conference at the SJRWP (waste pits) on Friday, Aug. 1, Jacquelyn Young of Texans Together, an environmental outreach specialist, introduced several significant activists in the fight to clean up the SJRWP. Dr. Jack Christie, Houston City Council Member At-large-5 was on hand to describe how the SJRWP impacts the City of Houston overall. Members of the San Jacinto River Coalition were especially plentiful. Lois Gibbs, Executive Director of the Center for Health, Environment and Justice, the organizer of the Love Canal, Niagra Falls, New York neighborhoods into a national coalition that led to the establishment of U.S. EPA Superfund Sites, gave a rousing address concerning attempts to avoid the expense of clean up by potentially responsible parties, how companies and governmental agencies had attempted the expense of cleaning up other sites.

At Lee College on Saturday the Texans Together and San Jacinto River Coalition hosted a Community Workshop featuring Lois Gibbs, an Opening Address by Baytown Mayor Stephen H. DonCarlos and a powerpoint presentation by Jacquelyn Young that overviewed the SJRWP. This was followed by a question and answer session and organizing efforts afterward. 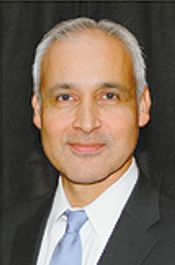 After months of criticism from the Baytown and Highlands public and parents who were unhappy with continual changes made by Goose Creek CISD superintendent Dr. Salvador Cavazos, the school board has decided it must take action to respond to the community.

Therefore they have called a special board meeting for Thursday night, August 7th at 6:30 p.m. in the Administration Board room at 4544 Interstate 10, Baytown.

The Agenda that they posted last Monday evening lists only three items for consideration. There is no regular business or public comment period on the agenda.

Instead, they call for the following possible actions in open session, which will follow a closed meeting as prescribed by law for personnel matters:

1. Approve a voluntary separation agreement with the Superintendent.

3. Cancel the August 11 regular board meeting.

Cavazos has been superintendent for two school years, having been hired from the Alice District in south Texas. Alice is a smaller district of about 5,300 students.

In the last year, he has made a number of controversial personnel changes, including appointing 10 new principals to existing schools, as well as two more to new schools. Many of the new teachers and principals the last two years have come from the Alice district, at the expense of experienced teachers that have been with the GCCISD district for many years.

Critics point out that Cavazos has moved many personnel in unusual and unstable ways, such as three principals in one year at Highlands Elementary, and about 35 teachers at Highlands Junior not having their contracts renewed, without reason or explanation.

A singular event that alienated many parents was the reassignment and therefore demotion of Goose Creek Memorial principal Michael Wahl. This followed stories about a rude confrontation with Cavazos, and led to Wahl quitting the district. Prior to this, Wahl was a highly praised principal who had accomplished good results at the new high school.

An expression of this discontent was the last two school board meetings, when over two hundred citizens packed the room, voiced complaints, and demanded changes, which apparently led to the events that will transpire this week.