Deputy killed in Crash in Highlands 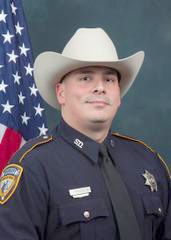 HIGHLANDS  At about midnight Wednesday, October 29, a Harris County Sheriffs Deputy was travelling eastbound on East Wallisville Road crossing the intersection with Honeysuckle Street when an oncoming vehicle struck the deputys head-on, according to reports from the Sheriffs office.

The Deputys vehicle was spun counter clockwise into a roadside drainage ditch, as the Explorer spun into the center of the intersection.

EMS personnel were called to the scene where extraction tools were used to withdraw the Deputy from his severely damaged vehicle.

The Deputy was transported via LifeFlight to Memorial Hermann Trauma Center, where he was pronounced deceased at approximately 1:00 AM.

The female driver of the SUV was transported via ground to the same hospital, where she is under the care of physicians. A male passenger was treated on scene, and is currently cooperating with traffic investigators.

Deputy has been identified as Jesse Valdez III and the female driver as Kelly Jo Ivey, 29.

The entire Harris County Sheriffs Office is in mourning following the news of the passing of one of its brethren in the line of duty. The 32 year old Deputy was an 11 year veteran assigned to the patrol bureau.

Pending notification of the Deputys family, all identities are currently withheld.

END_OF_DOCUMENT_TOKEN_TO_BE_REPLACED 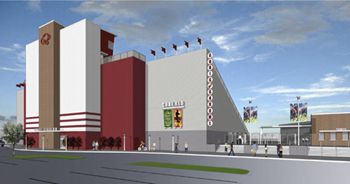 CROSBY  The School board here picked schematic designs and approved the start of construction for Cougar Stadium and the Crosby Baseball and Softball fields on Monday night.

(that will no longer face the setting sun) with extra reserve season ticket seating features.

Construction begins on the new Home-side as soon as football concludes this season. Although Crosby is hoping for a very extended football season, construction will begin on the now visitors side to transform it into the new home-side.

Discussion of how to protect the track around the field during the process of football games was raised. The capacity of the homeside seating will be less than the 5,500 originally designed but width can be added on later for more seating in the event that become necessary.

END_OF_DOCUMENT_TOKEN_TO_BE_REPLACED

HIGHLANDS  A Crosby resident was honored by the local Masonic lodge with the Community Builder Award last Saturday.

Craig Sorrels presided as friends, neighbors and family spoke only words of humor, reminiscence and praise to Mr. Balcerowicz. Sorrels described how the award is given to those that serve without expectation of reward.

Sorrels explained that Balcerowicz, a celebrated Crosby barber and gunsmith with shops just off 2025 Kennings Road, over the last 49 years, has rendered help to many men and women in the community both physically and monitarialy when they needed it most. He is known for lending a helpful and unselfish hand to those he encounters as needing help. Sorrels described how Balcerowicz earned the highest regard from his neighbors and community members. Specifically, he has often gone to the homes of those with injury or illness, unable to travel and cut their hair. During testimonials of Balcerowicz, his helpfulness was bestowed at times before help was asked. Also recognised was Balcerowiczs example as husband, father and grandfather of how a man should be.