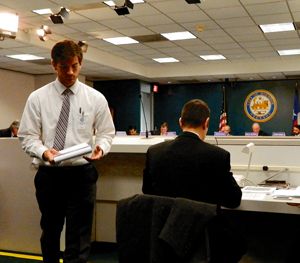 HOUSTON  The City Planning Commission heard a request last Thursday to replat a part of Newport, known as Newport Sec. 8 partial replat no. 1, on either side of Via Drive off S. Diamondhead.

After hearing testimony from its staff, a public citizen, and the proposed builder, the commisison approved the change, which essentially reduced the lost size from 75 widths to 65 widths, on average. Approximately 70 new lots were created, where 58 had been planned previously.

Present at the public meeting were Jim Carpenter of Rampart Holding, Robert Santini of Lennar Homes, and William Vandergrift, a resident of Newport.

In his testimony before the commission, Santini said the lots would be used by Lennar for upgraded homes, ranging in price from $220,000 to $$280,000, and in size from 1620 to 2827 square feet. In addition, the homes will have higher amenities and specs than current Newport/Lennar homes, and will allow for a third garage. The model he referenced is known as a 50 Brookstone, and has been selling well in other areas of Newport, he said.

Also planned for this area is a new entryway and landscaping along Via Dora Drive, Santini said. A budget of $125,000 has been set for this work.

Only one resident of Crosby spoke about the replat development, William Vandergrift. Although he had some thoughts about not wanting to increase the density of Newport, he seemed to have mixed feelings about this new project. He said his ideal would be 2 acre ranchettes.

Later, Carpenter said that the replat had been necessary to provide a detention area for storm water, as requested by the city. He said this will be shown on future site plans, and that other sections of Newport will be submitted for replats also.

Carpenter also clarified some misstatement of facts that appeared in a previous article about the project. He noted that the replat application submitted in 2004 was withdrawn and re-submitted in 2006. Carpenter stated that, to his knowledge, the 2006 application was approved by the Houston Planning Commission but withdrawn by Rampart when market conditions changed. The city attorney did not rule that the plan violated deed restrictions.

END_OF_DOCUMENT_TOKEN_TO_BE_REPLACED 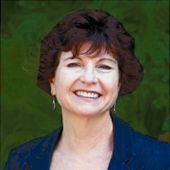 The purpose of the conference was to present the findings from a new report, written by Dr. Kathleen Garland, a geologist and environmental management expert with the University of Houston Clear Lake.

Dr. Garlands report compares the San Jacinto River Waste Pits (SJRWP) with seven other similar Superfund Sites around the country. The report highlights that larger sites in more complex settings have been fully remediated in order to meet EPA guidelines.

In this comparison, she says that the proposal to contain the waste pits and leave them in the river, made by the Potentially Responsible Parties, (Waste Management, McGinnis Industrial, and International Paper), does not meet previous EPA policies and past practices. She says that the containment cap in place, was allowed by the EPA as an emergency measure and not a permanent solution.

She states that such a removal appears to be feasible at the SJRWP site… Therefore, no other options exist to reduce the toxicity of these contaminants of concern.

In presenting the findings and introducing Dr. Garland, activist Jackie Young said that Four Decades of Pollution is Long Enough.

Dr. Garland is the second local expert to make a firm argument for removal of the toxins in the river. In June of 2014 Dr. Sam Brody of Texas A&M called the Waste Pits a loaded gun and pointed out that in a neighborhood near the site, nearly 1 in 4 residents is under the age of 5, and subject to the effects of the toxins. He was especially concerned about the release of contaminated sediment after storms and hurricanes.