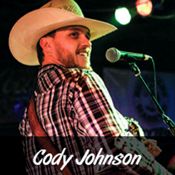 This year, the Crosby Fair & Rodeo has a lineup of concert performers that are a match for local Country Western fans to enjoy.

In 2008 Templeton was hand picked by Conway Twittys daughters to portray Conway in the touring musical tribute to their father. Glen had worked on demo projects after as string of hard luck finding work in Nashville.

In his early Nashville days, he worked the clubs down on lower Broadway. At the world famous Tootsies, it wasnt uncommon for an A List star to hop up on stage to do a few songs with Glen and the band. After earning a reputation as one of the best singer-songwriters to play the shotgun bars and honkytonks in Nashville, Glen was recruited by Mike Murphy, owner of Cowboys Dancehall clubs in Texas. He toured the circuit playing to several thousand people each weekend for his own shows and was the opening act for a number of top names in country music. Never forgetting his old school country roots, Glen cites the shows he performed on tour with George Jones in early 2009 as some of his favorites. He has also appeared on CMT, The Grand Ole Opry, The Ryman, and a long list of regional performance venues.

Securing a foothold as a performing artist on the country music stage in 2010, Templeton crisscrossed the country playing events such as The ACMs All-Star Jam, Country Jam USA, Cheyenne Frontier Days and numerous state fairs and festivals to perfect his rollicking stage show.

Glen is genuine in his performance; his studio recordings translate as undeniably and absolute as his live stage show. Country music may have chosen Glen Templeton, but it wont be long before country music fans all over the country are choosing Glen Templetons music.

A guitar player since his teenage years, Benoit appeared at the Blues Box, a music club and cultural center in Baton Rouge run by guitarist Tabby Thomas. Playing guitar alongside Thomas, Raful Neal, Henry Gray, and other high-profile regulars at the club, Benoit learned the blues first-hand from a faculty of living blues legends. He formed a trio in 1987 and began playing clubs in Baton Rouge and New Orleans. He began touring other parts of the South two years later and started touring more of the United States in 1991.

In 2007, Benoit won his first B.B. King Entertainer of the Year award presented by the Blues Music Awards.

Whiskey Myers, an American Southern Rock/Red Dirt/Country group from Palestine, Texas, plays June 9. In 2008, they signed with Smith Entertainment and released their debut album, Road of Life. Their second album, Firewater, was released by Wiggy Thump in 2011 and debuted in the Top 30 on the Billboard Top Country Albums chart, largely thanks to the single Ballad of a Southern Man. On February 4, 2014, the album, Early Morning Shakes, was released and received mostly positive reviews. They have not yet released a live album. A new studio album was announced in 2015.

The band started when friends Cody Cannon and Cody Tate began playing guitar together, inspired by the music of Lynyrd Skynyrd, Hank Williams Jr., Waylon Jennings, and many other southern rock and country artists. They enlisted friend Jeff Hogg to play drums, and asked Cannons cousin Gary Brown to play bass. They began playing shows around their hometown and native state of Texas, slowly starting to build a following on the Red Dirt scene.

The act for Friday, Cody Johnson Band, is a country and rock sound of quality, Nashville blend with Texas Country/Red Dirt origins.

Johnson, 23, is energetic and bridges generation gaps between younger and older fans. Cody Johnson played to 6000 students at the 2007 Texas FFA Convention in Corpus Christi and was praised by several adult fans of his in the FFA administration. Johnsons Band played several songs with presidential candidate Mike Huckabee at a campaign rally at Texas A&M University in College Station with Huckabee playing Bass.

Energy and excitement during a concert brings to mind legendary performers such as Garth Brooks, Chris Ledoux, and even Jim Morrison. He specializes in getting the crowd involved and drawing them into the show and fans seem to all pile up at the front of the stage begging to get closer. They also have an affection for acoustics.

They still play their own music but also divulge into covers ranging from Hank Williams to Seether. Cody has been playing guitar, singing and writing since he was twelve years old. Having written over 200 songs the band started in May 2006. They played as a 3 piece for a year and released their first album together titled Black & White Label then added Matt Rogers lead guitar. In May of 2007 they recorded the Live and Rocking at Shenanigans Album.

Six Strings One Dream was released September 2, 2009 with their debut single Another Try reaching the Texas Music Chart only weeks after release climbing to #28. Their second single Nobody to Blame climbed up to #7 and their third single Pray for Rain is already in the top 10 just weeks after release. Jody Bartula plays Fiddle. Jody began playing at the age of 7 with many internationally acclaimed venues. Jeff Smith on lead guitar started playing at 8 and performing live at 9 years old as a singer/songwriter.

Its My Turn was on her own independent label, MisBhavin Records, and celebrated as it reached #65 on the MusicRow Country Breakout Chart then Halfway To Wasted, won a Discovery Award honor), Halfway To Wasted climbed into the Top 40 on MusicRow, entered the Texas Regional Radio Report (where she garnered a nomination as Best New Female Artist), and impacted Billboards Indicator chart as a Top 50.

Gearing up to promote the release her of newest single, Double Standards, as well as her much anticipated debut album, Dirty Little Secrets (June 24, 2014), Breelan has carved a niche and discovered her true style for both songwriting and performing. Teaming up with hit songwriters in Nashville to build up her catalog she has collaborated with A-list luminaries.

Staying true to her style, the new single, Double Standards, continues this theme with an uptempo beat and a tongue-in-cheek delivery.

Showing off originality in both music and performing, she blends just the amount of southern charm and modern country rock and her spirited attitude are front and center when she and her band take the stage.

Having collaborated with other notable musicians (including Dale Watson, Jack Ingram, and Bill Joe Shaver), Watson performed 148 shows last year – touring nationally and internationally. In February 2015, Aaron Watson made history when he released The Underdog (Aaron Watson album), making him the first solo male artist to debut at number one on the Billboard Top Country Albums chart with a self-released and independently distributed and promoted album. The record sold more than 26,000 units in the first week.

By the end of 2014, the lead single from The Underdog That Look, which Watson wrote for his wife Kimberly, debuted in the top 10 of the Billboard Country Digital Songs Chart and was one of the most successful-selling independent singles.