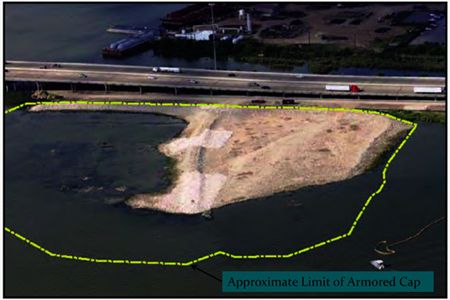 HARRIS COUNTY  As part of a long-term effort to assess and mitigate environmental impacts from toxic waste pits along the San Jacinto River near I-10 east of Houston, the Texas Parks and Wildlife Department and Harris County are awarding $10 million to provide new or expanded public recreation and access facilities along the river, plus fund environmental awareness and education efforts.

The 84th Texas Legislature appropriated $10 million to the department to be transferred to Harris County, money that came as part of a lawsuit settlement. The legislative appropriation was for use along the San Jacinto River and in its watershed to mitigate the effects of environmental contamination and the effects of that contamination on natural resources and the public use of natural resources.

In the mid-1960s, waste ponds were impounded next to the lower San Jacinto River to dispose of wastes from a nearby paper mill, including toxic dioxins. Since the 1970s, subsidence, erosion and storms caused the release of contaminants into the river several miles upstream from the San Jacinto Battleground. The waste ponds were designated a federal Superfund site in 2008. The Environmental Protection Agency installed a temporary cap over the ponds in 2011, and evaluation of the extent and impacts of the contamination continues.

In 2011, Harris County filed suit against the operators of the waste pits and the paper company that had generated the waste for environmental damages and reached a $29.2 million settlement with the operators. Of that sum, $10 million went to the State of Texas, and in 2015, state lawmakers appropriated those funds to TPWD to be transferred to Harris County. TPWD and county officials worked with community advocates to accept grant proposals, and held a public meeting to get input on Feb. 8 at the San Jacinto/Highlands Community Center. The result is a series of grants, including:

 City of Baytown, Parks and Recreation Department -Baytown Boat Ramps and Fishing Piers Repair and Improvements -$1,634,415 for repair of three boat ramps and one fishing pier

TPWD will now transfer the $10 million to the county, and the county will begin working with successful project applicants on the transfer of funds and implementation of projects.