Citizens and law enforcement against crime 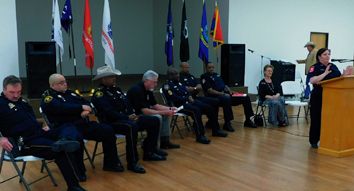