CROSBY – Harris County Precinct 2 Commissioner Adrian Garcia indicated that he intends to make sure that as long as he represents the Precinct, county services will not go lacking, anymore.

Last Thursday, the Commissioner and former Sheriff addressed a capacity crowd in the office and serving chapel of Crosby Church hosting the Crosby-Huffman Chamber of Commerce Luncheon concerning flood control, roads, and working together with businesses.

END_OF_DOCUMENT_TOKEN_TO_BE_REPLACED

According to Bloomberg Law, a pair of Texas Utility companies have alleged that San Jacinto River Authority violated the Sherman 1890 Antitrust Act after the Authority increased the price of wholesale raw water. San Jacinto River Authority (SJRA) was established in the 1930s to manage the water resources of the San Jacinto Basin. The suit accuses SJRA of fixing prices and monopolizing. This all came after the announcement that the River Authority would raise rates related to changes in the under groundwater rates ( aquifer) conservation rules established by the Lone Star Ground Water Conservation District in 2006.

Districts must move much more to surface water according to subsidence laws.

At a meeting last Friday, the Board of Newport MUD voted to increase the water bill by $35 following the residents voting down a $70,000,000 bond last election day.

Crosby MUD board has passed a $3.25 Million dollar bond to be done December 1 and due August 2039.

END_OF_DOCUMENT_TOKEN_TO_BE_REPLACED

“We are very pleased that we can offer our services to area residents that otherwise had to travel far to obtain personal records,” said Harris County Clerk Dr. Diane Trautman. “It also made sense to open an annex here since this building already houses other county offices.”

With this new addition, the Harris County Clerk’s Office now has 11 locations throughout county. Residents can obtain deed information, marriage licenses, birth certificates and other personal records at the office most convenient to them.

END_OF_DOCUMENT_TOKEN_TO_BE_REPLACED 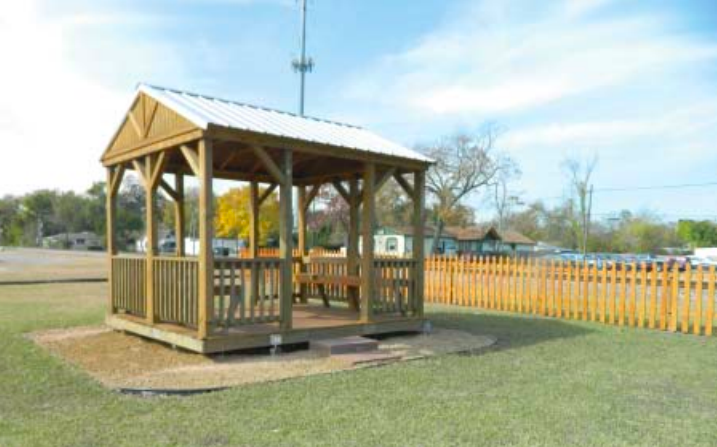 Logan Lopez completed the requirements for his Quartermaster and Eagle Scout badges by refurbishing the pavilion in Highlands Heritage Park, and building a wooden fence to improve safe use of the park and screen the railroad from the grass area.