Every year, more than 250,000 people experience an ST elevation myocardial infarction (STEMI) the deadliest type of heart attack caused by a blockage of blood flow to the heart that requires timely treatment. To prevent death, it’s critical to restore blood flow as quickly as possible, either by mechanically opening the blocked vessel or by providing clot-busting medication.

CROSBY – The Crosby-Huffman Chamber of Commerce hosted their gift to the community, the annual Christmas Festival and Christmas Lights Parade this past Saturday. It was well praised at the Festival venue, Crosby Church, and very well attended on the parade route.

According to Kim Harris, President of the Crosby-Huffman Chamber of Commerce, the Chamber gave away some 550 hot dogs and 330 goodie bags to kids that had their photo taken with Santa.

END_OF_DOCUMENT_TOKEN_TO_BE_REPLACED

It was more than seven years ago that Christy Graves, Director of Operations/EMS Chief of Crosby, began describing why a Heliport and Digital Flight Path would be needed for Crosby. Now other rescue services are using the rescue helicopter base and approved travel route for helicopters to fly to hospitals.

All the plans and infrastructure became a reality recently as the the F.A.A. and N.T.S.B. approved flight path was finally completed and incorporated into the Harris County rescue program last year, just in time to be used for a patient of Dayton. Their ambulance crews became the first to use the helipad and flight path that can be used in bad visibility.

One factor that made it necessary for the area was that sea fog frequently nestles in lowlands and obscures where even a brightly lit low lying area is from helicopter height. Additionally, recent wrecks on Interstate 10 and US 90 would indicate that roadways can be blocked during inclement weather and flooding.

According to Christie Graves, “The idea first came up when I was talking with a former supervisor of mine about how many times I had been turned down for Life Flight because we lacked weather stations and things like that here. END_OF_DOCUMENT_TOKEN_TO_BE_REPLACED 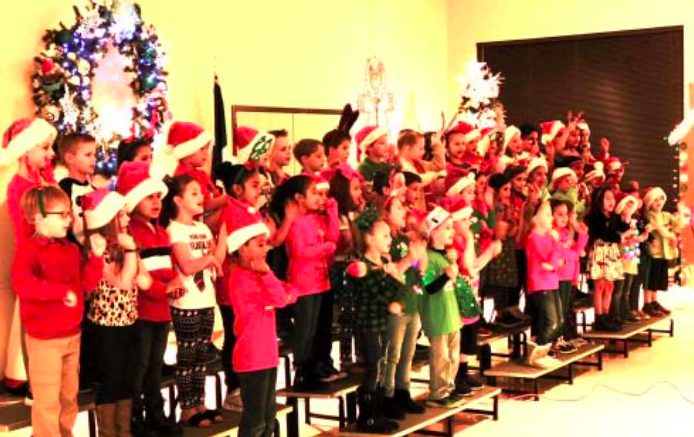 The kids from Newport Elementary put on a rousing rendition of Christmas Carols for public consumption at Crosby Community Center. Introduced by Principal Christy Covan, everyone was loud, proud and kinda in sync as the festivities began with them.

See more pictures in the print or PDF edition.

The meeting was led by the executive director for Texas Health and Environment Alliance, Jackie Young. she reported that there was no new information on the status of the Superfund site work.

This was followed by a presentation on the known history of the Liberty Waste site, as well as test results and an analysis, given by Rodrigo Cantu of Lone Star Legal Aid.

The Liberty Waste site consists of a 37 acre landfill at the end of Steele Road in Highlands. 9 acres of the site are a pond, and the remaining land is covered with a 4’ deep clay cap. The landfill was actively used from 1973 to 1983 and then closed and capped. Although toxic, TCEQ said that it did not meet the criteria for a Superfund designation.

TCEQ reported that in 2001 some leaks were detected coming from the site.

Cantu reported that the TCEQ had visited the Liberty site in March 2019, to inspect conditions. END_OF_DOCUMENT_TOKEN_TO_BE_REPLACED