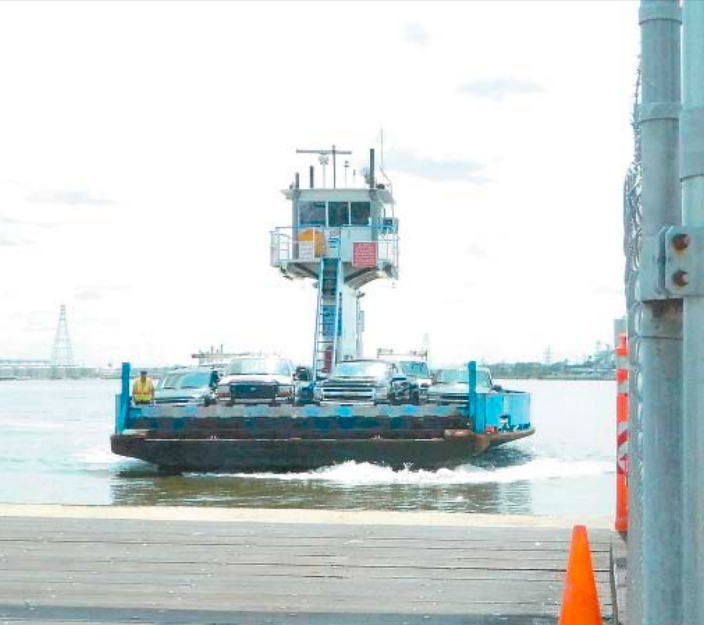 HARRIS COUNTY – Motorists should prepare for the Lynchburg Ferry to be closed starting Tuesday, February 25th until late 2020 for necessary improvements to preserve the longevity of its operations. During this closure, crews will be reconstructing the approaches and transfer ramps that Lynchburg Ferry Boats use to dock. The $6 million project is a joint venture between Harris County Precinct 2 and the Texas Department of Transportation, who is overseeing construction of the project.

Starting March 1, 2020, the Harris County Toll Road Authority (HCTRA) will manage operations of the Lynchburg Ferry and Washburn Tunnel. This includes overseeing daily operations, maintenance, capital expenditures, and public inquiries for both facilities. Per the Commissioners Court meeting held on June 25, 2019, these facilities will be transferred to the Toll Road Authority without the imposition of tolls. Drivers should expect no changes to operations when utilizing the Ferry or Tunnel, and no current employees will lose their jobs.

END_OF_DOCUMENT_TOKEN_TO_BE_REPLACED

CROSBY – Three men and the company they work for begin trial next Monday on criminal charges for explosions, fumes and fires related to the aftermath of Hurricane Harvey.

After the deluge of over 40 inches, the flood killed power to the plant 175 tons of chemicals that become volatile if they are not congealed within their chilly temperature range were taken to a location away from other chemicals and allowed to blaze and explode.

A grand jury concluded Arkema was responsible for the release of a toxic cloud over the Crosby community, prosecutors announced last year.

Arkema North America, its CEO Richard Rowe, and plant manager Leslie Comardelle, are named in the indictment. Mike Keough was charged with felony assault for “causing bodily injury” to two sheriff’s deputies because the company withheld information from first responders that was vital to their safety and the safety of others. Keough is now retired.

The company lawyers, Arkema North America’s, are arguing that the series of incidents were an “act of God” but local authorities say it is time that chemical companies were held accountable for decisions that endanger the public and public servants.

END_OF_DOCUMENT_TOKEN_TO_BE_REPLACED

Barge strike due to engine failure

HIGHLANDS – The genius of allowing the placement a busy shipping yard about 100 feet upstream from a bridge that handles much of the incoming traffic to the fourth largest city in the United States and the petrochemical center of the world was not mentioned in the report of the National Transportation Safety Board as to why the I-10 Bridge was struck on Feb. 11.

Instead on that day, according to the report, the Captain of the Linberg Crosby towing vessel was trying to park an empty tank barge at Southwest Shipyard but the towing craft kept going and slammed the barge into a column of the bridge.

The report, however, does make mention of the San Jacinto River being extremely congested and concedes that there was little room for error between the shipyard and the bridge.

The report concludes that a starboard engine failure caused the barge to hit the bridge column.