BAYTOWN – As Crosby-Huffman continue to rally from flooding events, loss of retail businesses, and manufacturing, they press on with awards and installation of duly elected board members at their annual event. This year a hail back to the circus comes to town or Under the Big Top at the Hilton Garden Inn.

Awards were generally under the direction of Chambers staff President Kim Harris and Chamber Coordinator Stephenie Walden as members of an elite committee introduces the award. The CrosbyHuffman Chamber of Commerce Employee of the Year was Chef Espinosa with Crosby Cougar Bistro v! for Crosby. For Huffman Jamie Lee with Spirit of Texas Bank won.

Next Non-Profit entity of the year was awarded by Stephanie Walden for Huffman and Lemisha Ducos for Crosby winners for Non-Profit of the Year were Crosby American Legion for Crosby and May Community CenterHuffman.

END_OF_DOCUMENT_TOKEN_TO_BE_REPLACED

Schools, businesses and public events were closed last Friday, due to a water main break on the east side of Houston in a line that fed about half the city. Houston ISD schools, colleges and many businesses were also closed, or events cancelled, as a precaution against contaminated water or low water pressure. The City of Houston issued a “Boil Water” notice for most of the city.

Water districts on the East side of the county, including Crosby, Highlands, and Baytown, did not experience any pressure or supply problems. Crosby gets its water directly from Lake Houston.

A 96 inch wide water main, carrying water from the Houston water treatment plant in Galena Park to about half the city, burst on Thursday about noon. Workers from Harper Brothers were performing repair work on a small leak, according to authorities, when the whole pipe burst open flooding nearby streets and the six lane East Loop under Clinton Drive. Several feet of water covered the streets, stopping traffic and flooding about a dozen cars. Houston Fire Department said they conducted three deep water rescues. The location of the burst pipe was near the intersection of Clinton Drive and N. Carolina streets in the Clinton Park neighborhood, and buildings in that area had water inside, as outside it was several feet deep.

Water supply and water pressure were affected throughout the east side of Houston and into midtown. Schools and businesses were forced to close without water, and many indicated they would also be closed on Friday, until the pipe could be repaired and water quality restored.

END_OF_DOCUMENT_TOKEN_TO_BE_REPLACED 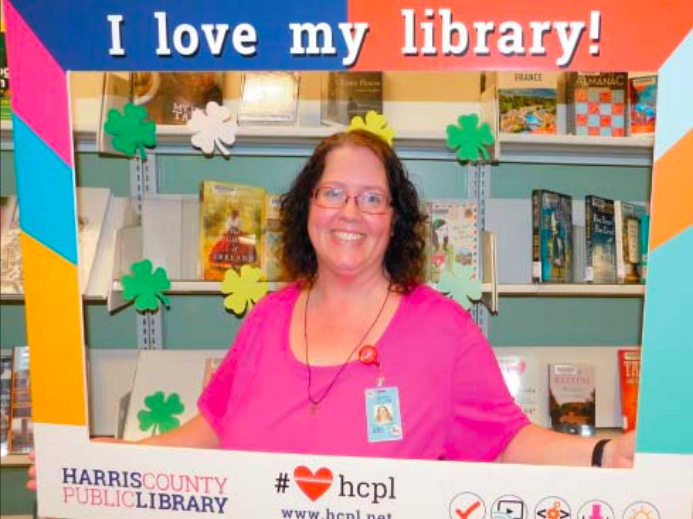 Molly McGinty is the new Branch Manager of the Edith Faye Cook Cole Harris County Library in Crosby, just in time for the St. Patricks Day closing until April 1, at least. Ms McGinty said she was, “Thrilled to be here.” and that librarians still work to answer any questions they can for patrons.

END_OF_DOCUMENT_TOKEN_TO_BE_REPLACED

CROSBY – The Crosby Historical Society celebrated the long awaited “200 Years, Crosby’s Bicentennial Story” by Jody Fuchs last Saturday with a book signing and ceremonies at the Crosby Brethren Church gymnasium. During ceremonies, history and Crosby buffs numbering about 70 as proclamations from State of Texas from Briscoe Cain and representatives of Harris County were in attendance to hear how the community had rallied behind this effort to record events and lifestyles in the area.

END_OF_DOCUMENT_TOKEN_TO_BE_REPLACED

HOUSTON – The red eye unofficial results in the wee-hours of Tuesday morning showed all races tightening up locally for Harris County and State candidates as the mysterious 20 voting districts that can never get in on time continue their streak.

In the battle for Sheriff of Harris County Ed Gonzalez took 72.61% for the Democrats. Democrat

Kim Ogg won back her seat as District Attorney with 55%.

The County Attorney Office replaced Vince Ryan with only 25%, Christian Deshaun Menefee 50% and Ben Rose got 25%.

Precinct 3 Constable showed Sherman Eagleton with 48% Deborah Florus and Ken Jones both had 16% of the votes.