AUSTIN – Governor Greg Abbott stirred up a major controversy Tuesday, by issuing an Executive Order (GA-34) lifting the mask mandate in Texas and increasing capacity of all businesses and facilities in the state to 100 percent. The Governor made the announcement at Montelongo’s Mexican Restaurant in Lubbock in an address to the Lubbock Chamber of Commerce.

The announcement immediately drew criticism from County and City governments, labor unions, and public health officials that have been attempting for over a year to reduce the number of illnesses and deaths caused by the COVID-19 virus. This highly contagious virus is spread through human contact, and masks and social distancing, and “lockdowns” are the major elements in the fight against the disease.

END_OF_DOCUMENT_TOKEN_TO_BE_REPLACED

The president was greeted at Ellington Airfield when he landed by a delegation including Mayor Turner, Governor Abbott, and Congresspersons Al Green and Sheila Jackson Lee. They met with Gov. Greg Abbott at the FEMA vaccine super-site at NRG around 5 p.m. Friday. This will be Biden’s last stop after touring several locations, including the Houston Food Bank and the Harris County Emergency Management Center.

END_OF_DOCUMENT_TOKEN_TO_BE_REPLACED

HIGHLANDS – A man was found gunned down in the 100 block Del Monte Lane, near Bluebell Street before 2:50 a.m. Sunday, the last day of February.

Harris County Sheriff’s Office District III deputies discovered the victim, who was identified by family members at the scene, lying in the driveway, unresponsive from an apparent gunshot wound.

It appears Rene Hernandez, 53, was shot in his sister’s front yard upon returning from a bar unannounced, according to Sergeant Sidney Miller of the Harris County Sheriff’s Office Homicide Division.

Witnesses told deputies of hearing a loud argument then at least two gunshots.

END_OF_DOCUMENT_TOKEN_TO_BE_REPLACED 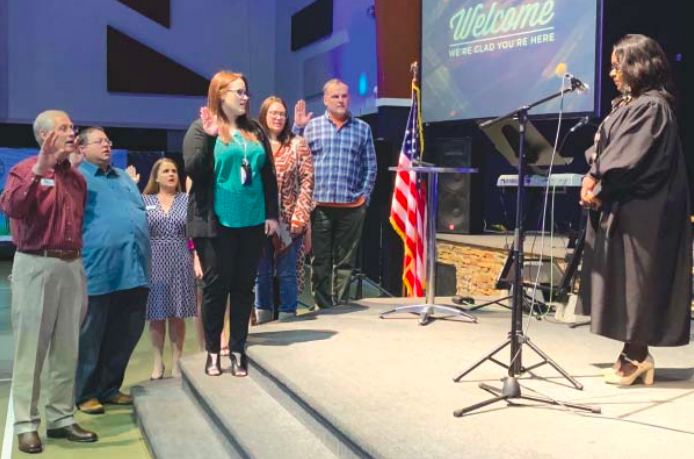