Crosby ISD is ready to start the new school year after a weekend full of community engagement celebrating the 2021 Barrett Station homecoming.

Later in the day, Crosby ISD leaders, including Superintendent Patterson and Crosby High School head football coach Jerry Prieto, had to tackle a feast. They were judges for the Barrett Station Homecoming Cook Off. They sampled dozens of dishes in each round – from succulent ribs to mouthwatering brisket. There were also rounds for best chicken and best open dish. In the end, the “Dirty Bay” team won best overall and took home this year’s trophy.

END_OF_DOCUMENT_TOKEN_TO_BE_REPLACED

WASHINGTON, DC – More than 50 Democratic members of the state House fled Austin for Washington, D.C., last Monday, paralyzing the House just as the GOP was advancing sweeping changes in elections during a special session. Under the Texas Constitution, the Legislature requires a quorum of two-thirds of lawmakers to be present to conduct state business in either chamber.

The Texas Democrats plan to spend the week meeting with national voting rights advocates and labor leaders, election officials and other Democrats as they seek to keep the pressure on Congress to pass federal voting legislation.

END_OF_DOCUMENT_TOKEN_TO_BE_REPLACED 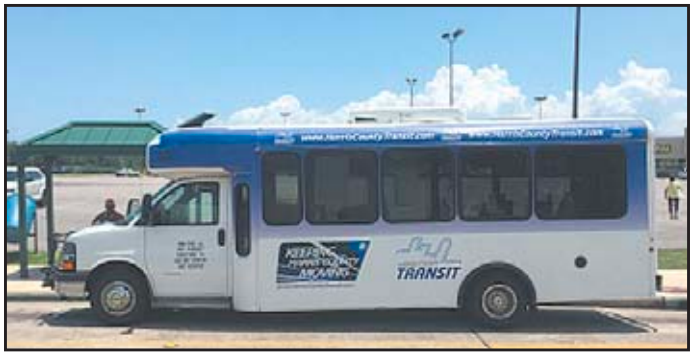 HOUSTON — (July 6, 2021) — Harris County Transit Plus begins its inaugural on-demand transport service today for residents living in the Generation Park-area of Precincts 1, 2 and 4.

This affordable service allows residents to schedule transportation from point A to point B, within two established zones, running along the Northeast quadrant of Beltway 8. The service provides a faster trip and enhanced passenger experience through areas of the county that are less densely developed.

The fare to ride is $1 for adults and 50 cents for children, seniors and those with disabilities. Cash, transfers from other buses and the METRO Q® Fare Card are acceptable forms of payment.