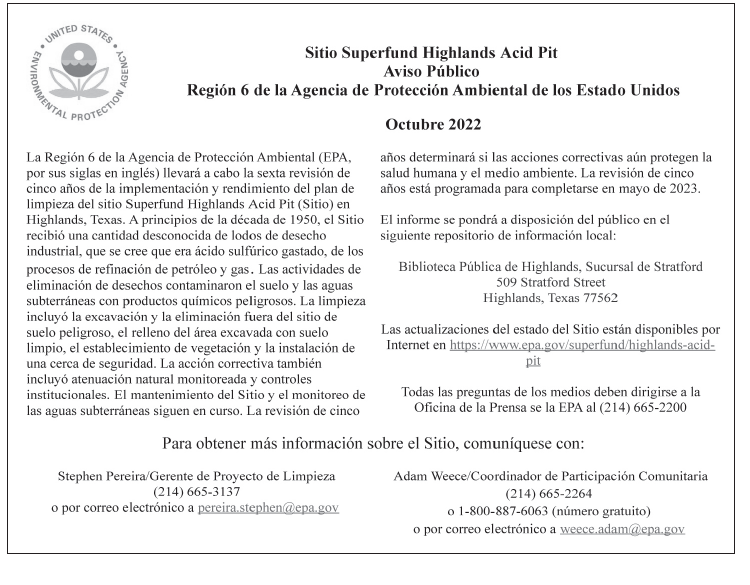 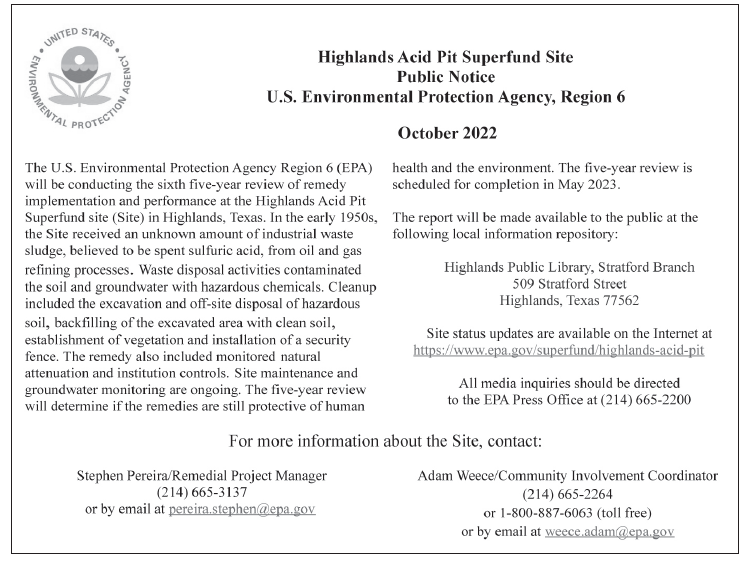 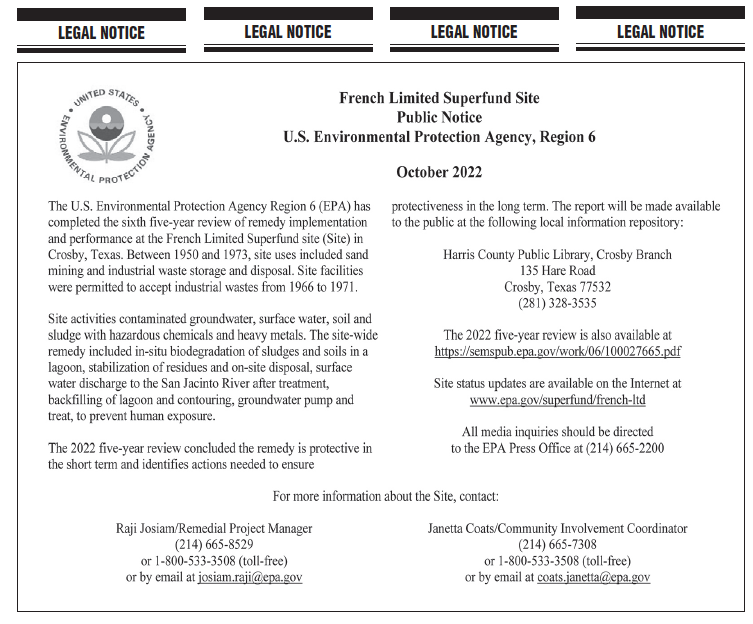 END_OF_DOCUMENT_TOKEN_TO_BE_REPLACED

Greens Bayou Regatta: Back to the Bayou 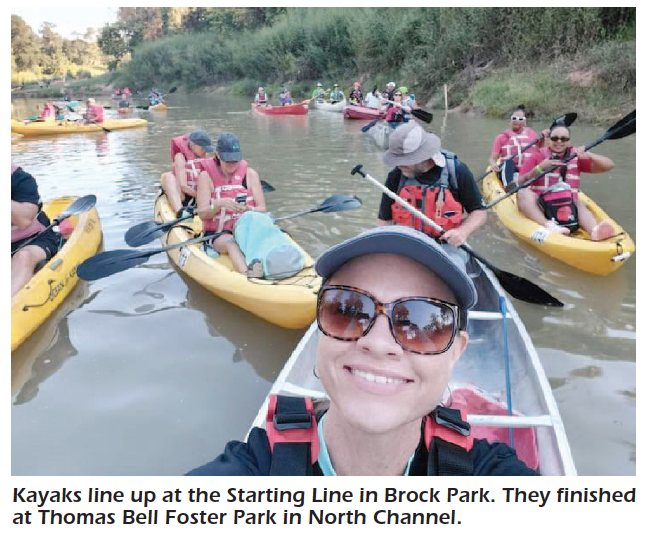 Seventy-two paddlers departed from Brock Park Golf Course for the 2022 Regatta at 9:00 a.m., finishing 7.7 miles down the bayou at Thomas Bell Foster Park. The Regatta, which raises funds to support the mission of the Greens Bayou Coalition, combines recreation, stewardship and education on one of Houston’s most beautiful and secluded waterways. Along with awards for speed, the Styrofoam Cup award is given for most trash collected. TEXAR was on the banks and on the bayou to keep the fleet safe.

Council Member Robert Gallegos was on hand for the regatta send-off, and Paul Young, representing Council Member Ed Pollard, and Beth White of the Houston Parks Board encouraged people to get out and enjoy the bayou.

END_OF_DOCUMENT_TOKEN_TO_BE_REPLACED

Beto ahead of Abbott in Harris County

HOUSTON, October 24, 2022 – The race for chief executive in Texas’ most populous county is too close to call, with concerns about crime helping to propel Republican Alexandra del Moral Mealer into a statistical dead heat with Democratic incumbent Lina Hidalgo.

A poll from the Hobby School of Public Affairs at the University of Houston, released Monday on the first day of early voting, found 47% of likely Harris County voters say they will support Mealer, a political newcomer running for Harris County judge. Hidalgo drew support from 45%.

“Crime and public safety are the top concerns cited by voters in the county races, and that is more pronounced among voters who support Mealer and Cagle,” said Renée Cross, senior executive director and researcher at the Hobby School. Eight out of 10 likely voters listed crime, public safety and government corruption as very important to their decision about which candidate to support for county judge.

END_OF_DOCUMENT_TOKEN_TO_BE_REPLACED

ALDINE – Hundreds of potential voters turned out last Tuesday night at the Escapade club on the Eastex Freeway in East Aldine, to hear campaign talks from Gubernatorial candidate Beto O’Rourke and Attorney General candidate Rochelle Garza. But the featured speaker of the evening was Lin-Manuel Miranda, star of the hit Broadway show “Hamilton.”

Introductory remarks and welcome were given by State Representative Armando Walle, and then fiery speeches were delivered by BETO and Lin-Manuel. The crowd enthusiastically listened and applauded the message of need for change in Texas government.

Democrats are making a strong push near the end of the campaign, as their Republican opponents are showing strength in the polls. BETO has trailed incumbent governor Abbott through the whole race, and although he was with in a few points last week, the most recent Rice University poll shows him losing ground, trailing by over 10 percentage points.