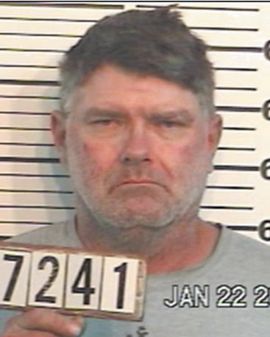 CHAMBERS COUNTYIn this weeks installment of this session of the Chambers County Sheriffs Office War on Drugs, we feature a familiar face, and also a suspected major supplier of Methamphetamine in Chambers County.
Recent investigations have taken us to mid county and Old River-Winfree.
On Jan. 12, at approximately 10:08pm, Street Crime Deputies were patrolling in the Indian Ridge Sub-division in Old River-Winfree. Deputies observed a white Buick car with Texas license plates leaving Indian Ridge. The vehicle was traveling south on FM 565, and failed to maintain a single marked lane.
Deputies stopped the vehicle, and identified the driver as Keith Darnell McCullum (26 year old black male) of Katy.
Upon Speaking to McCullum, deputies detected a strong odor of marijuana coming from his car. Deputies discovered a hidden compartment in the vehicles dash, which contained a clear plastic bag (containing 4 grams of suspected cocaine), several large clear plastic bags containing suspected marijuana residue, a drug smoking pipe, marijuana grinder, and razor blades.
McCullum was arrested for Felony Possession of a Controlled Substance and booked into the Chambers County Jail. He was later released after posting a $15,000 bond.
On Jan. 20, at approximately 11:55pm, Patrol Deputy L. Miller was dispatched to a disturbance in the parking lot of a convenience store at IH10 and FM 563, in Wallisville.
Battling Sisters Arrested
The disturbance was between sisters, Dana Lynn Strange (36 year old white female) of Orange, and Donna Leigh Strange (32 year old white female) of Anahuac.
The Strange sisters had begun arguing after arriving at the store in Danas vehicle. During a consented search of the vehicle, a small plastic bag, containing less than a gram of suspected methamphetamine, was recovered.
A second bag of suspected methamphetamine was located in the jacket pocket of Dana Strange.
The Strange sisters were both arrested for Felony Possession of a Controlled Substance, and booked into the Chambers County Jail. They were later released after each posted a $5,000.00 bond.

Stake Out At Suspected Drug House

On the afternoon of Jan. 21, Street Crime Deputies were conducting surveillance on a suspected illegal narcotics distribution house in the 7200 Block of FM 563 in Wallisville.
The Chambers County Sheriffs Office had received numerous complaints about drugs being sold out of the house.
Deputies had been watching the residence for months, and several drug arrests had been made on individuals leaving the residence.
At approximately 4:37pm, deputies observed a maroon Oldsmobile leave the suspected drug house, and travel south on FM 563.
The vehicle was stopped for a traffic violation (fail to signal left turn) as it made its way onto IH10.
The driver was identified as Toby Ray Abeyta (35 year old white male), who lives at the suspected drug house, and who had been suspected as being one of the major suppliers of methamphetamine in Chambers County, southern Liberty County and western Jefferson County.
Due to that past information, and Abeytas nervousness and elusiveness during the traffic stop, deputies asked for and received consent to search the vehicle.
During the search, deputies seized approximately 2 grams of suspected methamphetamine from the front center console. Abeyta was arrested for State Jail Felony Possession of a Controlled Substance, and booked into the Chambers County Jail. Bond for that charge was set at $15,000.00.
Based on the ongoing investigation into Abeytas suspected drug dealing and his arrest for Possession of a Controlled Substance as he was leaving his suspected drug house, deputies obtained and executed a search warrant on the residence.
During the search of the residence, deputies seized 210 grams of suspected methamphetamine, over $4,800.00 cash, two digital scales, numerous small clear plastic bags, and various items of drug paraphernalia.
Deputies also seized a .22 caliber rifle with a home-made silencer, and a .38 caliber handgun.

Back In The Slammer Again

As deputies made entry into the residence, they located the other tenant of the house, Alfred Thomas Kennedy (yes, the same Alfred Kennedy arrested and featured in a previous story).
Kennedy was found sitting at a table, eating ice cream. At least this time it wasnt meth, as during his prior arrest.
Kennedy was arrested for 1st Degree Felony Possession of a Controlled Substance, and booked once again into the Chambers County Jail. His bond was set at $150,000
Back at the Jail, an addition charge of 1st Degree Felony Possession of a
Controlled Substance was added to Abeytas arrest, based on the search warrant.
Bond on that charge was set at $150,000. Abeyta was later released at posting bond, totaling $165,000.00.
One of the people putting up money to help bond Abeyta out of jail was Zack Baty, who was featured in our first story. By their own admission, neither Abeyta nor Baty have a legitimate paying job. At press time Kennedy remained jailed.