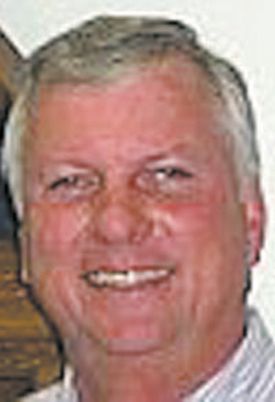 BEAUMONT A former Liberty County Judge and Commissioner, and a local businessman have all been indicted in a hurricane fraud scheme in the Eastern District of Texas announced U.S. Attorney John M. Bales last week.
John Phil Fitzgerald, 51, of Liberty, Texas, Herman Lee Groce, 62, of Cleveland, Texas, and Mark Wayne Miksch, 52, of LaVernia, Texas, were named in a 25-count indictment returned by a federal grand jury on Jan. 26. The defendants have been summoned and were scheduled to make their initial appearances on Feb. 1, before U.S. Magistrate Judge Earl S. Hines.
The indictment alleges that following Hurricane Ikes landfall on Sep. 13, 2008, Fitzgerald, the Liberty County Judge, and Groce, the Liberty County Precinct 2 Commissioner, used their elected positions to fraudulently influence and award debris removal contracts to a company in return for sub-contracts being awarded to Fitzgeralds brother-in-law and businessman, Miksch.

As part of the scheme, Fitzgerald is alleged to have received approximately $611,000. in kickbacks disguised as legitimate business transactions.
Additionally, Fitzgerald is charged with the unauthorized use of a 155 kilowatt generator which was purchased by and for the benefit of Liberty County and then reimbursed by FEMA. Instead, Fitzgerald is alleged to have commandeered and used the generator to power Fitzpak, a convenience store and gas station in Moss Hill, which Fitzgerald owned and operated.
As a result of the conspiracy, $3,269,456.76 in debris removal contracts were fraudulently awarded by Fitzgerald and Groce in violation of state and federal laws.
Fitzgerald and Groce both lost their bids for re-election in November 2010, thus concluding their respective positions with Liberty County on Dec. 31, 2010.
This case was brought as part of this Districts partnership with the National Center for Disaster Fraud (NCDF), a nationwide initiative to protect available funds and assistance for those victims of both natural and man-made disasters such as hurricanes, floods, tornadoes and the recent Gulf oil spill.
If convicted, the defendants face up to five years in federal prison for the conspiracy charge. Additional charges range from five to 30 years in federal prison.
This case is being investigated by the FBI, the Department of Homeland Security  Office of Inspector General, and the Office of the Texas Attorney General  Criminal Investigations Division. This case is being prosecuted by Assistant U.S. Attorney Joseph R. Batte.