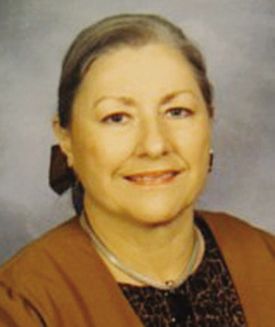 LIBERTY COUNTYA longtime chair of the South Liberty County Relay for Life, which benefits the American Cancer Society, died in an auto accident Feb. 26.
Last year, under Glover and fellow co-chairs Sandra Sterling and Candy Rucka, the Relay attracted hundreds of participants and raised in the neighborhood of $80,000.
According to authorities, Judith 9 (Judi) Pelt Glover was driving on SH 105 in Hardin County near Sour Lake around 6:55 p.m. when she apparently crossed over the center line.
Glovers vehicle struck an SUV that was in the oncoming lane head-on.
Glover, 67, of Sour Lake was born January 2, 1944, in Waco to James and Lindell Locklar.
Having grown up in Winnie, she graduated from East Chambers High School in 1962 and then from Sam Houston State University. Judi was active in her church at Hardin Baptist Church and volunteered for forty plus years with the American Cancer Society.
Survivors include her children, Tracey Pelt Brown and her husband Robert and Darrel Pelt and his wife Kim, both of Sour Lake; grandchildren, Aaron Brown, Reagan Brown, Brayden Pelt, and Keily Pelt all of Sour Lake; her dad of 64 years, Euel Dugat of Winnie; and her brother, Dennis Dugat and his wife Sarita of Winnie.
She was preceded in death by her father, James Locklar in 1944; and her mother, Lindell Dugat in 1994.
Funeral services were March 1, at Pine Ridge Baptist Church in Kountze with burial following at Pine Ridge Cemetery.
Memorial contributions may be made in Judis memory to Hardin Baptist Church, P.O. Box 314, Hardin, Tx. 77561 or American Cancer Society, P.O. Box 5144, Beaumont, Tx. 77726